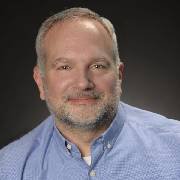 Dr Jassim Haji has management and executive experience in Aviation, Hospitality, Technology and Telecommunications for over 30 years. He has served on the board of directors of a leading hospitality and tourism technology provider in the Middle East and on SITA Council representing Middle East and North Africa. Furthermore, he has been part of the Bahrain Centre of Excellence, which is over-looking excellence in the public sector.

He participated as a key speaker and chairman in over 50 technology conferences in Middle-East and Europe to cover latest technologies such as Cloud Computing, Big Data, Information Security and Business Intelligence. He also published articles in relation to the above topics. Additionally, Dr. Haji is part of several advisory boards of key technological events in the Gulf and he is participating in several judging panels for reputable technology awards. Furthermore, he has featured on 19 international technology and aviation magazines cover pages with over 80 interviews.

Dr. Haji received his Doctorate in Business Administration (PhD) from the University of Northumbria at Newcastle, UK in 2010. He has completed his Master degree in Management of Information Technology from the University of Sunderland, UK and graduation in telecommunications from the famed Cable and Wireless College, Cornwall, UK.

He started his career with Sprint Telecommunications in London before joining Gulf Air in 1985 as a network engineer and moved to Sabre – an airline IT solutions company – to whom Gulf Air outsourced its IT services. He then moved to EDS as an Executive Director, another American IT solutions company with global presence, then in 2008 to Gulf Air as the Director of Information Technology Division. He is recently been working as President of Artificial Intelligence Bahrain plus Aviation Technology leading expert, consultant and executive Director.