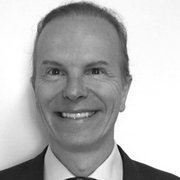 Stefan Johansson is head of sales at Netfoundry, EMEA

DevOps, new software-application and modeling solutions helps to build and deploy proofs of concepts faster, integrate solutions more seamlessly while expanding their organization’s capabilities more broadly. Thanks to DevOps, companies can increase feedback cycles and throughput speed. As a result, they can react more quickly and impress their customers with constant innovation. With DevOps, a company can optimize and automate processes, from the idea over development to production.

This increases efficiency, which in turn lowers costs. 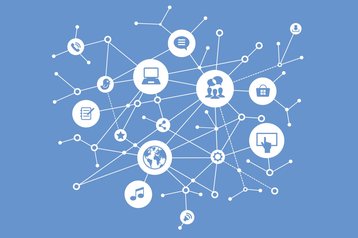 Software deployments were once simple and spread across a few machines, now they have evolved to become distributed across many machines, operating systems, regions, and environments. This shift has created both a competitive threat and simultaneously, a massive opportunity.

Integration and operations now consume a significant share of technology budgets, and for IT organizations and there is no sign of slowing down. The cloud and microservices (independent services that interact with a network) are making software implementation more challenging and distributed. The costs and intricacies are keeping many CIOs and DevOps leaders awake at night.

Yet, a lot of improvements have been achieved in developing, deploying and integrating applications despite changes and trends such as cloud adoption, containerization, DevOps, software tooling, microservices, distributed architectures etc. But, how about connecting the software - networking? Let's assume, you have invested in a cloud app and would like to deliver it securely, reliably and quickly without the network as a barrier while giving different access rights depending on if you are a DevOps, user or IoT device. Can you do that on demand, in minutes?

The agility enabled by modern application development practices has been central to rapidly accelerating innovation and digital transformation. However, traditional networks and connectivity models were not designed to support the modern application environment, adding complexity to deployments, slowing time-to-market, and stifling innovation.

There are also many use-cases where there are issues with performance such as from "hair pinning" edge-to-cloud traffic through core network. Then we have security concerns, lack of zero-trust application segmentation capabilities and risks associated with on-net trust and single-dimensional TLS encryption. That's not to mention the fact that SD-WAN and VPN architectures weren't designed for the IoT application topology, so you're saddled with complex security problems trying to bandage together old architectures to meet the needs of a new application topology.

SD-WAN is great for 'on-net' data, the data you can bookend between SD-WAN CPEs. However, it doesn't work well with your IoT data. You can't deploy custom SD-WAN CPE appliances at every IoT, data center, and cloud site. To further complicate things, SD-WAN uses legacy VPN technology to carry the data, same applies to IoT. Good enough sometimes, but not all the time.

A growing enterprise, utilizing cloud services for a large number of applications will eventually experience a Virtual Private Circuit sprawl of (and/or Azure VNETs) beyond what is manageable - as a result of having a separate cloud instance for each application environment. Every network administrator knows the nightmares of trying to scale VPN connections and hardware.

The process of managing access across the many-to-many relationships of modern distributed application environments have proven to be surprisingly complex. DevOps teams struggle to set up continuous integration and/or continuous deployment (CI/CD) pipelines and work-flows that span across heterogeneous cloud environments for Dev, QA, Staging and production needs with secure access to relevant teams within the organization.

One of the more difficult challenges in securing IoT deployments, particularly those with cloud-first architectures, is reducing exposure to Internet-originated attacks. Due to the complex and heterogeneous nature of IoT deployments, the attack surface is often broad and difficult to protect, especially when connecting to public cloud environments.

Legacy network infrastructure is preventing digital transformation and to fully enjoy DevOps. It is expensive, inflexible and often impossible to provision private telco circuits and SD-WAN CPE into every edge of SaaS, cloud, mobility, IoT, B2B extranet and B2C.

The first wave of software-defined networking (SDN) didn't really solve issues intelligently. Still the problems remained; apps left the building, they move, change and have different needs. They are dynamic and increasingly distributed.

Application-specific networking empowers its enterprises to set up specially configured networks that meet the needs of individual applications. It abstracts away network design topologies and deployment architectures. ASN software-only networking solution provides application-specific performance, security, reliability and agility across any set of networks and clouds, giving businesses control of the networks without needing to build or manage the underlying infrastructure.

Hence, enterprises can define and spin-up instant, highly secure, application links at scale without painful management overhead or the requirement to use specific hardware and private circuits in a DevOps way, resulting in significant cost reductions. Furthermore, ASNs dynamically route traffic among different network connections, for example, MPLS and broadband. ASNs let businesses network distributed applications in any cloud, on any device, anywhere with unprecedented simplicity. App providers, DevOps and developers use APIs and SDKs to embed app-specific networking inside their apps and services. The app gets security, control and performance, independent of which networks the app traverses.

Suggestion - give every application its own network, all software based. Imagine, programmable network microservices architecture that enables you to give every application its own secure, isolated overlay network, all in software. Networking as code enables the control of DevOps so that networking deploys at DevOps CI/CD speed while aligning with NetOps and SecOps principles. Best of all worlds.

To summarize – what does then ASN mean to business and operation? Here are some examples of use cases:

Software-led business, when done properly, is disruptive. It drives innovation and customer value. Enterprises that can't keep up with changing needs, innovation and pace, will disappear. Software-applications and platforms will continue to change, evolve, transform businesses and conquer markets. Nobody can't afford to wait for networks to be ordered and set up. It is time to address how apps are connected in a smart way to further boost the benefits of DevOps, new software technologies and methodologies.

ASN is here to stay for obvious reasons; agility, simplicity, performance and security as well as cost reductions. It is a new, disruptive networking paradigm that enables you to innovate and accelerate lead times. Any smart software-based business should explore ASN, and leverage “first mover advantage” to differentiate.

Also, in the times of climate change, why not try to be “greener” and exploit existing Internet assets better instead of producing, installing and managing cumbersome CPEs and hardware boxes?