Time to take a more nuanced approach to cloud migration? 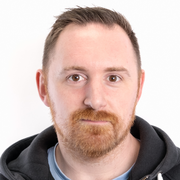 Lift-and-shift to the cloud is lazy. Optimize your workloads first, or you just make your digital inefficiency someone else's problem

For the last decade, companies have been migrating to cloud computing at a rate of knots, (according to Gartner a massive 85 percent of enterprises will adopt a cloud-first approach by 2025), and cloud is playing an essential role in helping many companies achieve their sustainability goals.

Businesses have often taken an all-or-nothing approach to their IT estate, choosing between on-premise or cloud computing, a choice determined by business drivers. However, the volume of hybrid deployment is rising.

The question is, should you be moving all your workloads to the cloud or taking a hybrid approach?

Traditionally, where cloud has been strong is providing an OpEx model of consumption rather than higher CapEx investments. Cloud has also allowed quick and efficient scaling.

Over the last five years, high-risk data owners – finance, insurance, healthcare, schools and universities – have been migrating their estates to the cloud. We’re regularly seeing a lift-and-shift approach to the movement of existing IT architecture to the cloud; an approach that is not always appropriate. Many of these late adopters haven’t thought through what they can and can’t do. To take an example, insurance companies are keen to move to cloud, but, because of contractual obligations, some of their apps are required to stay on-premise. As a direct consequence, they are now having to go out and rent significant colocation space to meet their processing demands.

Businesses are seeing costs spiral out of control because they haven’t optimized their IT for the cloud before migrating. A more effective strategy would be to make the IT as lean as possible before migrating.

In addition, these businesses are seeing costs spiral out of control because they haven’t optimized their IT for the cloud before migrating. A more effective strategy for companies would be to work with the existing IT to consolidate and make the IT as lean as possible before migrating.

The rhetoric from cloud providers is that moving to the cloud can make your business up to 90 percent more sustainable, compared to staying on-prem. However, these figures are based on the provider’s (published) assumptions, assumptions which are not necessarily realistic [ AWS has a carbon tracker which pushes migration to AWS, while Google and Microsoft also have similar tools for their respective clouds - Editor].

I must stress that it is difficult to calculate these carbon figures, but it is important to at least try to calculate them and to be transparent before making these overblown claims.

One reason why these figures are almost too good to be true is that when companies move to the cloud, they shift their scope 2 reporting (energy usage of their on-premise estate) to the cloud provider. Cloud providers then give them a scope 3 figure (their supplier carbon). However, because the cloud providers don’t include scope 3 in their own figures, the figure they pass on to the customer can be missing up to 90 percent of their environmental impact.

Another factor that makes these assumptions inaccurate is that the cloud provider doesn’t know where the customer’s compute is, what computer it’s on, what’s being done with it. The figures also don’t take into account that over 40 percent of a hyperscaler’s estate is idle or has available compute to allow it to scale; this carbon is also not calculated into the customer’s costs.

One of the ways hyperscalers are able to make such large environmental claims is that they buy as much renewable energy as possible in each region, in order to advise their cloud customers that they are now 100 percent renewable. However, if the hyperscalers buy up all the renewables in the region, there is nothing left for small, local businesses.

On the other hand, what hyperscalers such as Amazon do really well is to build low PUE data centers, with specific and energy efficient hardware to provide highly efficient compute. This compute might be twice as good as your on-prem but it’s not 90 percent more efficient.

The answer? Get good first and then go

We work with customers migrating to the cloud,and often find they could have reduced their carbon on-prem by 60 to 90 percent before they moved. They could have been significantly more efficient prior to migration, allowing them to better understand their reasons and benefits for moving. However, there is often no appetite to do a digital transformation project internally. Instead, the customer will send their incredibly inefficient workload (configuration and systems) to someone else who will buy cheap, green energy to run it.

These companies haven’t adopted a digital transformation strategy optimized for carbon and energy reduction. They have simply moved their workload to become someone else’s problem.

So, what is the ideal scenario of what customers should do before they think about migrating to cloud?

Companies who move workloads without optimizing them first don't have a digital transformation strategy optimized for carbon and energy reduction. They have simply moved their workload to become someone else’s problem.

First off, I should say that it doesn’t have to be a binary decision – I think that a hybrid approach is almost always the best route. Some of your workload should be on-prem, some in the cloud. Like us, you will probably use cloud-based SaaS, virtualized apps, Microsoft 365 etc., but I would also advise using on-prem, if you have the technicians and availability, to store data and for localized RDPs. I would advise anyone to ensure you optimized the local environment effectively, so it is the most agile and effective for your business. Lift-and-shift to the cloud is lazy, inefficient, ineffective and cost-prohibitive.

The more effective approach to your optimizing your IT estate is through digital transformation. The first step should be to understand what you have and how you are using it. Identify low-utilization servers that have extra capacity, zombie or low-utilization servers that aren’t doing any useful work, poorly configured operational units that could be moved, consolidated, reconfigured or decommissioned and identify short-term strategies to consolidate with hardware while you optimized the code and the applications and what you’re doing.

Next, optimize what you’ve got. This will lead to massive cost and environmental savings.

Finally, identify where cloud strengthens your digital transformation strategies and then move to cloud (even if you decide ultimately to move your entire workload).

We are now seeing frequent repatriation of people coming away from cloud, in order to have better control of their costs. Rather than make this mistake, take the above approach: get good and then go.