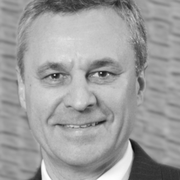 It is natural for businesses to want Capex efficiency and optimized Opex for every infrastructure investment.

These are highly unusual times. In April 2020 Google’s parent company Alphabet declared that it would recalibrate its cloud infrastructure investments – this includes data centers.

As reported by DCD at the time, Google had intended to spend $10bn on data centers in 2020.

That $10bn may yet be spent. As the Wall Street Journal says: “Big tech firms are investing in data centers as they compete for the $250bn+ cloud-computing market.” Gartner says cloud will be a $260bn market in 2020.

Power infrastructure in data center construction is estimated to account for around 10-13 percent of initial capital outlay. So what is clear is that over the next decade the combined planned power infrastructure investments of global cloud giants Google, AWS, Microsoft, Facebook, Apple, Alibaba, Baidu, and Tencent make for a sizable UPS market. 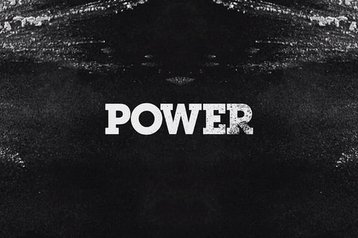 But in the search for low maintenance, high performance, reliable and flexible UPS infrastructure at scale, are some organizations displaying bias which restricts their options when exploring the market?

Over the years it has been common for some data center executives and practitioners to see the UPS market as divided in two. In this view, a UPS is either rotary or static and each has its place. This distinction is outmoded and misleading.

To be clear there also exist mechanically coupled and electrically coupled distinctions in the Diesel Rotary UPS (DRUPS) market. In this instance, we are not comparing DRUPS solutions of any kind.

For total power requirements that scale to 20MW and above, which are common to cloud and wholesale data centers, battery-backed single ECR UPS units operating in the 1MW to 3.2MW range can have many advantages over static UPS power chains.

For operating at scale single ECR units rated up to 3.2MW provide a far more efficient capital return in terms of better cost per kW.

It is true that static UPS can offer a lower cost per kW for smaller UPS systems but this disappears as systems scale. ECR UPS capital cost efficiency becomes even more favorable as the power rating rises.

Modular static systems revolve around the paralleling of many UPSs at lower power ratings to give a higher combined output but this significantly impacts the uptime of the system through the use of many duplicated elements and additional switchgear. A reliability that is 25 times better for ECR UPS when compared to modular static UPS blows away any argument that lower repair time for modular systems means better uptime.

At multi MW scale this can represent many millions of dollars in Opex savings. Over a ten-year time frame a 48MW data center equipped with ECR UPS can save more than $7 million in electricity costs (based on $0.1kWh energy cost.)

We have entered a new era in terms of scale for cloud data centers. The five hundred or so hyperscale data centers in operation around the world will most likely see their numbers double in the next decade.

This scale and the manner of operation of cloud and wholesale data centers creates unique needs for conditioned uninterrupted power supply and provides unique opportunities for power efficiency.

Commercial facilities are being built to serve many different companies who are buying dedicated metered power at multiple MW of capacity – this includes hyperscale companies located within wholesale colo data centers.

Hyperscale companies also operate their own cloud data centers from where they deliver multiple MW of power to large individual enterprise customers. As enterprises scale out on the cloud for mission-critical workloads, they expect the most reliable stable power provision.

There are clear cost, performance and reliability reasons why the use of the latest battery-backed electrically coupled rotary UPS systems is gaining traction among hyperscale and wholesale data centre operators. It is time to do away with outmoded definitions and comparisons.

It is time to re-evaluate the UPS market for cloud by making real comparisons between Static and Electrically Coupled Rotary UPS options.