The shift South and East – Let’s do it right! 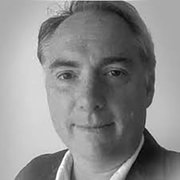 By Tim Bawtree is founder and CEO of Quantum Switch

The next billion Internet users are not from traditional Western markets

It is well established that the next billion internet users will come from outside the established western internet markets. This will have profound impacts on content, services and the way digital economies function. It will create huge opportunities for innovation, skills and growth in diverse markets around the world.

It will also require massive investment in the digital infrastructures necessary to support fast and reliable services to populations that are currently largely ‘off the grid.’ Leaders from Facebook and Google to Elon Musk are investing in novel ways of connecting populations to the internet – but data centers are fundamental to any scheme to connect the Next Billion.

The race is on to find and secure sites, design and build suitable facilities, and staff and operate them close to these newly digital populations.

An interactive graphic from the World Bank shows the penetration of the Internet in different countres - albeit with some gaps in data. Between 2010 and 2019/20 (the most recent year for which it has data), internet penetration in Africa and SE Asia leapt from an average of less than ten per cent to between 30 and 40 percent in most countries. However, this still significantly lags the western world with penetrations of more than 90 percent. The rate of growth in these regions is what’s exciting. Between 2000 and 2020 Africa as a continent saw 1,220 percent growth in internet subscribers, The Middle East saw growth of 6,141 percent and Asia 2,341 percent. Although some Gulf states are now approaching the penetration rates of the US and Europe (and exceeding them in some areas), there seems no reason that the growth of digital connectivity will slacken in the coming years. In fact, with younger than average populations, more likely to adopt digital services, it is likely that the Internet’s shift East and South will accelerate.

As I mentioned above, in some areas, internet usage is now exceeding that of the West. A staggering 96 percent of the population of the Kingdom of Saudi Arabia now use the internet, surpassing the penetrations of the US and Europe. All of this is creating enormous demand that cannot be serviced from distant data centers. Across these growth regions, demand is already outstripping capacity. Governments and private sector businesses are lining up significant investments to rapidly create local and regional digital infrastructure. As just one example, last October the Saudi Government announced an $18 billion investment to build 1300MW of data center capacity over the next five years. This capacity is destined not only to service the needs of its citizens, but to establish the Kingdom as a cloud services hub for emerging digital markets across the Middle East and North Africa. Other governments are eyeing similar plans as they look to modernize their economies and tilt to digital as the source of future growth. It is an exciting time of opportunity for global hyperscalers looking to reach the Next Billion and for those that design, build and operate the facilities that host them.

However, this growth is not without its challenges. Finding and securing land, obtaining permissions, certificates, access to power and connectivity are all significant barriers to entry for any developer seeking to build new data center facilities. These challenges are especially acute for foreign players unfamiliar with local environments from political and financial to physical and ecological. At the same time there is little local experience in data center development, further complicating the process of finding sites suitable for major facilities. Finally, both hyperscalers and investors (Governmental and private) want to move fast in increasingly competitive markets.

It is imperative that any sort of ‘digital colonialism’ is avoided. Local people, from landowners to construction workers, and from technical engineers to support services, must be the main beneficiaries in any projects. Taking all that we know and have learnt from two decades of data center design, build and operation in Western markets, we must quickly transfer knowledge and leverage existing local experience and understanding to deliver win-win situations for all parties. Empowering local landowners to benefit from the growth in the digital economy by offering a risk-mitigated approach to leveraging their land for digital infrastructure is one approach. Helping those with no experience in designing, building and operating data centers, by providing insights and skillsets that offer a route to long-term, secure, high quality, rental income from their land is another.

Partnering with local businesses and investors to create high-end, digital infrastructure in emerging markets will not only bring the digital economy and its benefits closer to the businesses and consumers in the region but will create jobs and prosperity directly linked to the building and operation of these 21st century assets. Operators must be willing to make significant investments in skills development, working with established training providers to sponsor local teams to achieve globally recognized accreditations that can accelerate their own career rogression.

It is also important to ensure that the digital future of these new markets is synonymous with a sustainable and environmentally friendly future. Planning green grid capacity, as well as utilizing the most modern low-carbon building techniques should be the standard approach. Unlike crowded Western markets where energy grids are well established, hard to change and under increasing strain, in many emerging markets it is possible to plan energy capacity hand in hand with data center energy demand. For example, in Saudi Arabia, a joint venture with infrastructure developer Tamasuk has committed to ensuring enough sustainable power generation capacity is built before adding load from data centers.

The next billion internet users will precipitate a significant shift in the center of gravity in the digital world. It is an exciting opportunity to help rebalance not just the online economy, but the opportunities, growth and development of global society. The nuts and bolts of that online world, the digital infrastructure including data centers, have a crucial role to play in this rebalancing. We have the experience, the skills and the insights to do it right – and it is our responsibility to create fair, robust and sustainable foundations for this shift.

It is imperative that any sort of ‘digital colonialism’ is avoided. Local people must be the main beneficiaries in any projects