The IPv4 run-out – one year on 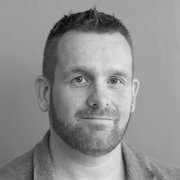 We've known for thirty years that we need to move from the old Internet protocol. Finally the cost of sticking with IPv4 is pushing organizations to make the move

Back in November 2019, the RIPE NCC (the regional Internet registry for Europe, West Asia, and the former USSR) announced that it had exhausted its pool of IPv4 addresses. We have been anticipating and warning of this for a long time (since the late 1980s), so it was not a huge surprise when it happened.

In fact, a whole other Internet protocol, IPv6, was designed way back in the mid-nineties as a solution to this problem. It was already a tried and tested technology by the time we reached the run-out and offers 340 trillion, trillion, trillion IP addresses. It felt like the hard bit was done. But unfortunately, that’s not the case.

Convincing ISPs to make the jump to the new protocol to future-proof their networks isn’t easy. Even a year after the official run-out, a large number of ISPs are yet to make the jump and enable IPv6 in their network. A common attitude exists that upgrading to IPv6 will be a risky and expensive project, or one simply not needed for businesses with enough IPv4 addresses, for now at least.

For too long, sticking with IPv4 has been the easy approach. But we’re reaching a point where that’s not necessarily true anymore. So, one year on, where do we stand? 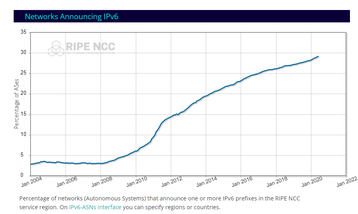 Sticking to IPv4 is coming at a cost

With the emergence of a secondary IPv4 market, ISPs have found a way to put off the deployment of IPv6. By transferring unused IPv4 addresses amongsst themselves, ISPs are able to grow their networks without giving IPv6 a thought.

However, what we’ve seen in the last year is that the cost of IPv4 addresses is climbing – a single used address can currently go for $25-$30 on the IPv4 transfer market. The market itself is hugely unpredictable. As prices of IPv4 addresses are entirely subject to supply and demand, growing a network in this way is costly and difficult to manage. It’s only logical that as Internet connections grow and demand rises, the price will continue to climb.

Those ISPs taking this short-term approach might find themselves priced out of the market. We know that the secondary market is very much dominated by a few large cloud providers, who are often have little choice but to keep supporting IPv4 alongside their IPv6 offerings.

Recently a report emerged that showed how Amazon had already acquired over 100 million IPv4 addresses, estimating an investment in the region of $2.5 billion on address space alone. A sizeable investment that only companies with very deep pockets can afford.

The other alternative that has seen traction is Carrier Grade Network Address Translation (CGNAT), which prolongs the life of IPv4 addresses by allowing a single IP address to be shared across several thousand devices. But this is presenting its own problems: as CGNAT is unable to scale indefinitely. Every time a NAT is layered, the chances of failure in the network increases. When a CGNAT goes down, thousands of users can suffer the impact.

A year later, it is more evident than ever that these ‘solutions’ are short-term at best, and that the fundamental issue still remains: there are simply not enough IPv4 addresses to go round.

Is it all doom and gloom?

Although uptake has been slow, IPv6 deployment rates have in fact improved in recent months, with 68 percent of Local Internet Registry accounts now holding IPv6 addresses and 30 percent of networks (ASes) announcing an IPv6 prefix within the RIPE NCC service region. Currently, the RIPE NCC is issuing around 50 IPv6 allocations per week, rising to 80 during busier periods. And of the five Regional Internet Registries (RIRs), we are leading in IPv6 adoption, followed by APNIC which covers the Asia-Pacific region.

Globally, the industry has seen big tech players such as Google, Facebook and Apple lead the way and show their support for IPv6. This is having a significant effect in showcasing the benefits of deploying the new protocol today. By enabling IPv6 connectivity to end users, networks are seeing a significant portion of their traffic moving over it thanks to these content providers. T-Mobile’s network in the US, for example, now runs 91 percent of its Internet traffic over IPv6.

Progress is being made and that is set to continue as IPv6 remains more affordable than IPv4 in the long-term. However, we’re still some way off saying goodbye to IPv4 altogether. It’s not yet feasible to run an IPv6-only network when customers still require access to content or services that are running over IPv4. What we are learning though is that businesses can be strategic about how much IPv4 they really need. Some ISPs – including several large ones, like Facebook – are running IPv6-only internal networks, providing IPv4 only at the end where their customers and users require it.

The push towards nationwide deployment plans for IPv6 also offers hope. Several governments, including China and the US, are preparing plans to drive 100 percent nationwide IPv6 adoption in the next few years. In a recent publication on the EU’s cybersecurity strategy, the European Commission also stated that they would not exclude “regulatory measures like a European sunset clause for IPv4 to steer the market if there is insufficient progress towards [IPv6] adoption.” We expect such measures to have a profound impact on the global development of IPv6.

IPv6 one year from now

Looking back on previous years, the main causes for concern over IPv6 have been on cost and the risks involved in its deployment. But it’s now the increasing cost and challenges associated with IPv4 that are tipping the scales in favour of IPv6. These are the key drivers that are beginning to inspire the positive growth we are seeing in IPv6 adoption.

We still have a long way to go and we don’t know when exactly those scales will shift for everyone. What we do know is that IPv6’s extended address space is the only way to support the ever-growing networks. Something IPv4 simply no longer offers to support. We can expect to see more and more ISPs, content providers and national governments wake up to this in 2021.

With an almost inexhaustible amount of IP addresses, ISPs can start to discover how IPv6 can offer efficiency and affordability. A long-term strategy for IPv6 will save them money, ready them for the future, and enable sustainable Internet growth.