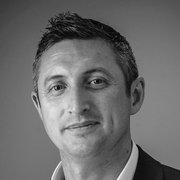 Data centers can be part of the solution, funding renewable generation and offering load balancing

The public conversation around the future of energy generation in Ireland has taken a somewhat concerning turn of late. After the national energy grid operator, EirGrid opened a public consultation on the future of the country’s energy, attention was turned towards large energy consumers, with data centers in particular coming under much scrutiny. This led many to speculate that data centers might hinder Ireland’s plans for a green energy future.

The debate was further complicated by a Commission for Regulation of Utilities (CRU) report which said that in the worst case scenario, there could be severe energy implications if data center energy demands were not properly addressed.

Suggestions of limiting new data center energy connections to locations where power is unconstrained were met with concern from various quarters. One industry response was the formation of a lobby group, Cloud Infrastructure Ireland, which commented in a submission to the CRU; “A moratorium on processing data center applications in Dublin is the least desirable of the current options under consideration.” 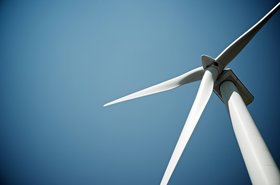 Reaching net-zero in a carbon-neutral continent

Europe hopes to eliminate its net emissions by 2050, while the US is still getting its act together. Data centers want to lead the way

The situation has been further complicated by An Taisce, the Irish national trust, lodging an appeal with the planning board, An Bord Pleanála, against a proposed Amazon data center in Drogheda. The appeal voiced doubts that authorities had not fully factored in the potential impact of such facilities on national energy supplies and renewable energy source (RES) targets.

Amid such turmoil, it is not surprising that this debate has prompted many to question whether Ireland should continue to encourage the practice of building data centers, asking whether they make a real contribution to the economy and are of general benefit to the country.

Data centers and the digital economy

Few can argue with the fact that future economies are being built on digital foundations and that data centers are therefore integral to success. From the connected nature of almost everything with the Internet of Things (IoT), through increasing automation and digitization of services and government, to be competitive in all aspects requires visibility, data, and the ability to store and process it.

Ireland, for example, enjoys a highly developed technology industry that employs some 140,000 people, contributing around €53 billion to the economy each year. The importance and resilience of this sector was highlighted by an ESRI report that found it accounted for more than a quarter (26 percent) of exports during the pandemic, or some €117 billion of the total €448 billion of Irish goods and services.

Furthermore, as Ireland makes moves towards greater sustainability and a more digitised economy, the role of data centers will become even more vital to store, manage and process the data that will underpin its digital transformation. At the same time, there’s no doubt that some of the concerns about how that digitised future will be powered are valid and need to be addressed. The question is, can essential infrastructure like data centers be built and operated in a way that supports Ireland’s sustainability, economic and employment ambitions?

As part of a greener future, Ireland has committed to a 70 percent RES (renewable energy source) mix by 2030 - ie getting 70 percent of its energy from renewable sources. This promise will require significant development of capability, both in terms of core generation and integration.

Ireland has exceeded its current target of 40 percent RES by 2020, delivering 43 percent and both data center owners and operators have been central in driving not just the integration of RES capacity, but also its generation. Amazon in particular has been responsible for developments in Cork and Donegal, with the former already delivering power and the latter expected to generate 91MW of power.

There remain challenges, however, with renewable energy sources, including variability – or intermittency. The grid needs to accommodate situations when, for example, the wind blows and generates electricity but demand is not there, as well as when there is demand but no wind. Through their critical power infrastructure, data centers, and other large energy consumers, are uniquely placed to help ensure supply meets demand.

When instrumented for the purpose, the battery systems associated with uninterruptible power supplies (UPS) could be used for energy storage when generation exceeds demand. Such capacity can also work both ways to feed power back into the grid when demand exceeds supply. In this way, data centers could provide energy storage capacity that would otherwise have to be built out by the grid operator at great cost.

The two-way flow of energy is made possible by two key developments in technology; smart grids and microgrids. Smart grids utilise intelligent two-way communications between the utility and consumers, enabling grid capacity and resilience to be enhanced with the addition of, e.g., privately-owned generators to meet peak demands and emergency requirements. Microgrids are self-contained and self-sufficient power generation systems, also connected to the grid, that could enable data centers to meet their own energy requirements and either relieve demand on the grid, and/ or support it by allowing that capacity to supplement overall supply.

Microgrids offer many benefits, including the ability to increase resilience, reduce costs and improve data center sustainability by reducing reliance on the energy grid. A key feature is their use of distributed energy resources (DER), or the ability to generate onsite power. This can be through direct generation, such as with fixed or mobile generators, or through renewable energy sources such as wind, solar or geothermal.

Today, data center stakeholders have been working with the supply chain to tackle emissions issues associated with direct generation by transitioning away from diesel and other fossil fuels for back-up and supplementary power. The use of alternative renewable fuels is also being pioneered as one net zero option. Hydrotreated vegetable oil (HVO) is projected to eliminate up to 90 percent of net CO2 from generators while also reducing emissions of nitrogen oxide, carbon monoxide and particulates.

Combined efforts such as these will be central to supporting requirements from the CRU for new data centers to have onsite dispatchable power generation capacity equal to, or greater than their demand, in order to be connected to the grid. The capability of facilities to meet their own power needs through a green generation capacity, and whose infrastructure can help provision a net-zero energy grid, demonstrates the central role that data centers can play in a sustainable digital future.

What’s more, as we look to build the data centers of the future, operators will need an actionable approach that changes the dynamics of traditional deployment strategies. This includes embracing opportunities to integrate with the grid and becoming ingrained with the circular economy.

These efforts, in collaboration with national stakeholders such as the CRU, the country’s RES goals and industry associations such as Host In Ireland, will ensure that data centers continue to contribute on multiple levels to Irish society. And that they do so sustainably.