PUE is a simple metric, but now we've reached levels of efficiency where it could become counter-productive

When the PUE (power usage effectiveness) metric was first discussed at a meeting of The Green Grid in Santa Clara, back in 2007, a microphone stand was placed in each aisle of the auditorium. The importance of the initiative was understood even then: experts, including the founders of Uptime Institute, formed lines to give their considered input. And if there was one point that came across, it was that the industry should not treat PUE as a comparative metric, a gold standard that every designer, operator and planning authority must chase down, for comparison, presentation and applause.

Thirteen years on, that is almost exactly what has happened. PUE, thanks to its simplicity and universal applicability, has become the critical benchmark for scoring data centers for efficiency and “greenness” (environmental responsibility). But it is often used uncritically. 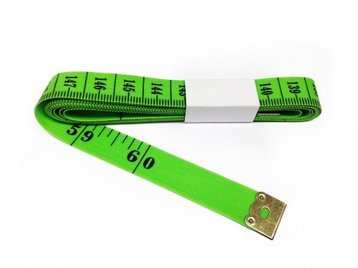 This has had both positive and negative consequences. The positive side is that PUE values have been forced down across the world, as operators strive to reduce waste and operating costs. To meet their goals, suppliers have focused on improving electrical efficiency of equipment and have developed nonmechanical alternatives (such as free cooling). PUEs have fallen from an average of 2.5 in 2007 to around 1.6 today. In an Uptime Institute survey, around 95 percent of respondents said it is important that colocation companies have a low PUE.

So what is the negative side? Its simplicity. The very quality that led to PUE’s near universal adoption also may have led to its being over-used and misapplied — increasingly, with unintended consequences.

This observation is hardly new — indeed, this is exactly what those experts feared back in 2007 as they lined up to voice their concerns. And it is why PUE was developed into a standard, with rules on how it should be measured, and why Partial PUE variants were developed.

But the unintended consequences are becoming more serious and more concerning. The metric may be driving the wrong behaviors. For this reason, it is very possible that PUE values may begin to be de-emphasized in the near future and more operators may allow their number to rise a little. (In 2019, Uptime Institute did note a marginal rise in PUE values.) If this happens, some operators may find themselves in conflict with certain regulators and planners, for whom PUE has been an easily understood but simplistic way of enforcing environmental goals (policing this is another matter). These planning authorities, then, may also need to review their policies around driving down the PUE numbers. (California, Singapore, Amsterdam, take note).

Reasons to be careful

There are, we think, three strong and strengthening reasons why focusing on the PUE of the data center might be counter-productive:

There is, to be fair, a good counter-argument to these three points: that by searching for ways to lower the PUE regardless of these constraints, data center operators can find ways to meet all the goals. Liquid cooling, for example, can be highly resilient and uses little water. The argument here, then, is not for anyone to abandon PUE, or to stop watching and measuring it, but to apply it more cautiously than ever, and more flexibly.