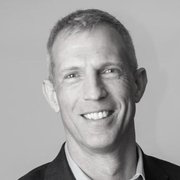 Recently, I had the pleasure of discussing the importance of everything from the cloud and the last mile of connection to on-prem data center solutions with Julia White, CVP, Microsoft Azure, in the latest episode of our Executive Insights videocast.

When the pandemic hit, many organizations adopted cloud-based Microsoft Teams. Seemingly overnight, working and learning from home became the norm. Julia cited the example of an ancient university in Italy benefiting from the technology’s scale and efficiency to ensure its students would continue learning.

This issue explores how data centers are adapting to Covid-19.

She mentioned the University of Bologna went live with 50 percent of its classes in the first week and by the end of the second week the classes were 100 percent live. All using Teams for nearly 9,000 students and almost 4,000 different courses moved online.

Schneider Electric was no different. Thanks to help from our partner Microsoft and other valued partners, we benefited from the digital transformation the cloud offered while Covid-19 helped eliminate the cultural resistance to adopting cloud technology.

The move to the cloud highlighted the issue of our dependence on the last mile of connection and showed us that the edge is not abstract – it is real and we may need to think about it differently.

In the conversation with Julia, we discussed how working from home is likely becoming permanent for part of the world’s population. The hybrid infrastructure will now extend into the last mile, highlighting the necessity of data center infrastructure, networking infrastructure, and the distributed compute all needing to become equally resilient.

Additionally, many modern applications have the need for edge compute, but they must also be cloud-connected so where the ‘edge’ ends and the ‘cloud’ begins is becoming . . . I hate to say it . . . ‘foggy.’

The last mile dependency challenge will raise the complexity of our infrastructure for the CIO organization. “Dealing with last mile dependency is very hard, it is very complicated,” Julia said. Knowing the last mile has high variance, Microsoft has thoughtfully managed the degradation in Teams in a way that has minimal impact on the user, she said.