The need for an Edge 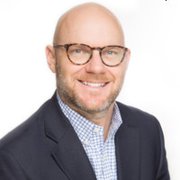 It’s not merely a location, but rather an interwoven solution to the network bottlenecks that will occur as a result of the tidal wave of data that is being generated

Early designers of the Internet understood that demand would always grow faster than network speeds, and that faster networks would drive the demand for more data, more content, and more devices. Major peering points were originally viewed as a way of optimizing and facilitating Internet traffic to manage that growth, and major data centers were clustered around those points.

What those designers couldn’t anticipate in any practical way 30 or 40 years ago was how ubiquitous the Internet would be, and how latency would become such a major, universal problem. Today, applications from IoT to 8K video, from augmented reality to autonomous vehicles, and from cloud gaming to real-time recommendation engines are placing demands on the Internet that its original architecture was not designed to handle. And those data centers clustered around a small number of peering points. They are fast becoming a limiting factor rather than a way of expediting traffic to the fastest-growing market, industries, and use cases.

The net result is the need to rearchitect the Internet into a more distributed platform that includes more local peering at the Edge and service providers deploying solutions closer to their end users in order to address the Internet applications of the future, whether they depend on massive amounts of data, very low latency, or multi-user applications where proximity and responsive interactivity are key. For that, the world needs an Edge-oriented Internet.

But first, let’s begin by demystifying the Edge. 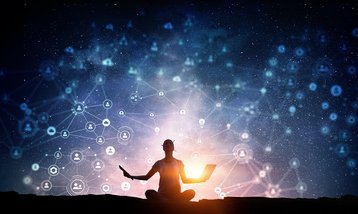 A more aware architecture recognizes that the Internet should be responsive to the billions of devices, businesses, and end users with unique requirements for routing, latency, and security, rather than requiring those billions of nodes to conform to a limited design that incentivizes clustered, centralized services.

Edge solutions are inserted into the logical end point of a network, whether the public internet or a private network, creating a more distributed architecture for efficient distribution of content, cloud or other applications. This ensures the lowest latency data delivery with improved quality of service and increased security, while reducing backbone transport costs.

And just where is the Edge?

The Edge is the lowest latency point of demarcation between service delivery and consumption. Moreover, the Edge will change in size and location relative to the service being delivered and the devices being used. But the most important point is that it is defined by the customer as the size, location, latency and economic sensitivities vary significantly for each service provider and each service offering.

Initially, the Edge is driven by the need for network and content service providers to peer at the Edge in order to cache and serve content close to customer eyeballs. The Edge was primarily based in American Tier II and III cities that are strategically positioned near network provider aggregation points, thus extending the Internet’s edge as close as possible to end users. Proximity-based, edge infrastructure in the form of 2-6MW data centers were purpose-built to significantly reduce latency and optimize performance while offering favorable economics for Over-the-Top (OTT) content and network providers.

The Edge has expanded around the globe, and today’s use cases include Cloud, Gaming, VR/AR, Autonomous Vehicles and IoT requirements. Meanwhile, in the US, many first-wave edge facilities have grown to become large regional campuses in order to maintain pace with the demand for bandwidth-intensive, latency-sensitive applications that require Edge proximity to end users.

And now, hyperscalers — including large cloud, social, SaaS and mobile companies —are responding to the need to extend their storage and compute infrastructure into new markets to lower network costs and improve the performance of their products for customers in the regions in which they’re deployed. These are the types of organizations that require 20MW to 100MW-plus facilities in core markets. The Cloud doesn’t just live in server farms located where there is cheap power, but must also be distributed and proximate to the enterprises migrating their workloads from on-prem data centers to the Cloud.

And how will the future of the Edge materialize?

Given the rapid surge in the volume, velocity and variety of data, we will witness rapid growth of infrastructure being built at the Edge. Just as exploding demand for OTT content and the mainstream adoption of the cloud pushed early-stage edge infrastructure, the coming years will see both hyperscale and hyperlocal form factors of the Edge expand globally in support of 5G wireless networks, Artificial Intelligence and Machine Learning, immersive gaming, Augmented and Virtual Reality, and autonomous vehicles.

Certain next-generation technologies, such as IoT-based applications and devices, will call for hyperlocal micro-edge data centers. According to Juniper Research, the number of connected IoT sensors and devices will exceed 50 billion by 2022, up from an estimated 21 billion in 2018. By processing data away from the cloud and closer to the source, the Edge increases both the scalability and security of IoT-based applications.

These new applications will require a more elastic, Edge-aware Internet architecture. And, whether hyperlocal or hyperscale, the Edge is wherever the customer, or the customer’s customers needs it to be in order to achieve successful business outcomes. And that, in the final analysis, is the only definition of the Edge that really matters.