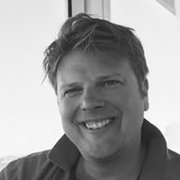 It's more about connection than location

This huge expansion will come as a result of the need to gather, use, analyse and store ever greater amounts of data at even greater speeds. The conventional thinking is that the coming boom will be driven by the potential for smaller, local data centers to reduce latency, overcome intermittent connections and store and compute data close to the end user. This positioning is being put out by many of the regional operators asserting that their USP is having an edge data center that can serve the local community much faster and more efficiently, while getting the data to the end customer a lot quicker than a large data center, based further away.

However, this messaging really doesn’t provide the full picture. It is wrong to think that regional data centers alone are the key to unlocking the edge solution customers are seeking. This is because the main consideration should always be the end user. Whoever views the data will likely need to connect to it via London or another hub anyway.

This means we should really be thinking of the digital edge to the network, not the geographical edge of where the data is sat. It’s time for a new definition of edge data, one much more closely aligned with where the data is situated. This is not about the ‘home’ of the data, but instead the route that is taken to get to it.

What does digital edge really mean?

When it comes to defining what the digital edge is, the usual conversation revolves around its physical geographical perspective. However, from a business user point of view, the edge could be anything, from a plane, a ship, or a rig to a to a temporary site or event. It is fair to say that the edge can be found in a data center that is a meeting point for hundreds of carriers. What is actually important to a customer is that when they join a data center campus, they have access to all the different network providers that they want to connect with.

The data boom is going to be driven by innovation in a number of markets including farm analytics in agriculture, the use of military drones in the defense industry and the increased use of robotics in the healthcare sector. Meanwhile traditional networks are not geared up for the sheer volume of data that can throughput on the 5G network. This will make it even more important for data center customers to have access points and a route through highly connected data centers to avoid having to install the physical infrastructure between points of presence (PoP). Having a PoP in a data center where you serve lots of traffic will avoid the necessity of installing expensive equipment and increased numbers of fibres between locations.

Now let’s think about the journey the data takes to get to the end user. If that end user is based in the north of England, they may be using a local broadband provider, which may have a data rack in a well-connected London campus. This would provide high speed access to the wider information they may need because that content is published from the London data center. If this provider doesn’t have a rack, it then needs to find a way to get to the highly connected London campus in order to get that information.

In the end it’s all about connections

Redefining the digital edge means that the physical location of the data is not the be-all and end-all. Of much greater importance should be a focus on the route to get to that data, understanding that where a data center is positioned on the map is less important that the amount of local connections available inside it. This thinking is similar to choosing speed dating as a quicker way to find a partner by connecting with more people to increase your chances of finding the right match.

The operators of more traditional companies are still generally defining the edge only in geographical terms. However, the new way of thinking about digital edge should be much more aligned with where the data sits. Ultimately, the number of connections available in the data center are more important than its location for customers - it’s not all about where your data is at, it’s where you’re connected.