There is little that non-NFPA members can do but wait

A furious - but late - response to the National Fire Protection Association’s (NFPA’s) proposed standard 855, Standard for the Installation of Stationary Energy Storage, should put the whole data center industry on notice that it needs to increase its participation in standards development worldwide. This is not the first time professional bodies outside of the data center industry have developed standards without sufficient considered input from data center owners and operators.

Standard 855 is controversial because if it is adopted by the NFPA (a US-based fire-safety standards organization), it will eventually become the basis of building codes in the U.S. and elsewhere. These codes will regulate how batteries (including nickel-cadmium and lithium-ion [Li-ion]) can be deployed in data centers.

In this case, the concerns center on whether some of the safety provisions that make sense for renewable energy storage arrays will prove too costly and even counterproductive when applied to data centers. NFPA 855’s provisions include minimum spacing requirements and restrictions on siting and power capacity. In addition, exceptions specifically relating to data centers are found in Chapter 4 of the proposed standard rather than its Scope, which may make them less convincing to jurisdictional authorities.

According to our research, the data center industry became aware of the more controversial elements of the standard only after the public comment process had ended and two revisions completed. In this case and others, well-meaning — but self-selected — individuals had already made their decisions. This is important, because NFPA 855 forms the basis of codes that empower jurisdictional authorities, as well as other code enforcement officials.

It is not clear that the NFPA committee included enough data center representatives, who may have been able to explain that batteries designed for data center use already incorporate significant protections and that older battery types have been used for many years, without serious incident. In addition, IEEE (the Institute of Electrical and Electronics Engineers, an international engineering organization) and Underwriter’s Laboratory (UL, an international safety organization) have already developed a series of standards pertaining to the use of Li-ion batteries in data centers. 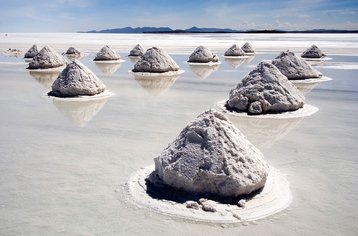 According to opponents of the new standard as it stands, NFPA 855 was originally intended to apply only to Li-ion batteries. The California Energy Storage Alliance (a membership-based advocacy group formed to advance large-scale renewable energy projects) requested the standard. It wanted to make it easier to gain approvals to site energy storage systems in support of the state’s renewable energy programs.

The request was granted, and NFPA drew upon its membership to create a committee that included the expertise necessary to develop the standard. Not until near the close of the second review period (and long after public comment closed) did the data center industry note that the draft standard proposed to regulate battery use in data centers in a wholly new and unnecessary way.

In February 2019, an ad hoc group of 10 individuals from IEEE’s ESSB (Energy Storage and Stationary Battery) committee — five of whom are also members of NFPA’s 855 committee — launched a grass roots campaign to return the draft standard to the committee to be rewritten. The effort will require the support of two-thirds of the NFPA members at its technical meetings in San Antonio, TX, June 17-20, 2019. The campaign is unusual, as NFPA procedures normally allow for only limited revision of a proposed standard after the close of the public comment period.

In the short term there is little that non-NFPA members can do but wait for the results of the June meeting. NFPA members, of course, can make their voices heard at the meeting. Long term, however, is a different matter: organizations should resolve to increase their industry participation, submit public comments on relevant standards and even become involved in the standards-making process. The data center industry can only influence relevant standards if they participate in their development. Unfortunately, the list of relevant standards-making organizations is lengthy (see here for a partial list).