How the new EU Commission will affect data centers

The new European Commission starts work on December 1. What are its priorities for digital infrastructure?

Although the ninth European Parliament has been in place since summer, and held its first session on 2nd July, establishing the new Commission has been a bit trickier with delays on appointments of Commissioners from France, Hungary and Romania.

Towards the end of November these were approved and the new team is scheduled to start work on 1st December. The other notable delay is of course to Brexit where the departure deadline is now 31st January. The new Commission needs to get going: they have a very ambitious work programme to deliver. 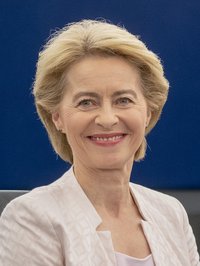 The new Commission President is Ursula von de Leyen, taking over from Jean-Claude Juncker. She is shaking things up a bit and has appointed eight Vice Presidents, each responsible for a specific part of the Commission’s portfolio. She has also appointed three to be Executive Vice Presidents to oversee the top three Commission priorities as well as their own actions. Their mandate is to provide a coordinating function in areas where activity may be spread across multiple departments. This is a welcome development and the three new EVPs are Margrethe Vestager, Frans Timmermans and Valdis Dombrovskis who will look after Digital, Environment and Economy respectively (see below).

Ursula von de Leyen has committed the European policy making machine to work in a collegiate manner, develop closer links with the Parliament and maintain high standards of transparency and ethics. She has also undertaken a one-in-one-out process for new pieces of legislation to prevent regulatory overload and promises that requirements will be aligned to principles of proportionality and subsidiarity. The first three commitments are perhaps as expected but in a policy making machine as evangelical as the Commission the latter two undertakings will be tough to deliver against – and therefore worth keeping an eye on. 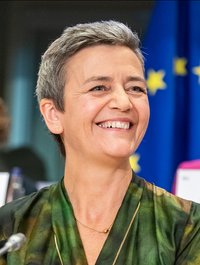 Margrethe Vestager is responsible for Competition policy and for making Europe fit for the digital age. She will have a strong influence on the development of digital regulation in the EU. Her mission includes delivering a long-term strategy for Europe’s industrial future.

She will build on her strong previous record as competition enforcer by further strengthening competition measures and will review competitions rules, antitrust and merge control.

She will coordinate several of the most important Commission programmes for digital technology, which include her own remit and the activities led by Thierry Breton, Commissioner for Internal Market, who is definitely worth a mention in his own right.

Thierry Breton is probably the most powerful figure in the new Commission for digital services companies as he also heads up Internal Market, Digital and Defence. He will therefore be responsible for delivering a Digital Services Act, to replace and update the 2000 eCommerce Directive and improve safety and performance in digital services and products.

Paolo Gentiloni will become the new Economics Commissioner and will oversee the proposed Digital Services Tax targeted at large tech companies if OECD proposals have not been developed by the end of 2020. While it might make sense to match tax liabilities to where income is generated by customers, the big concern for the wider digital technology sector and for data center operators in particular is collateral damage inflicted on digital services businesses that are already fulfilling their tax obligations.

Margrethe Vestager is tasked with ensuring that these competition, digital and economic portfolios work together coherently. Of particular interest to data centers – and other technology firms - will be the scope she is given to implement Sector Inquiries “into new and emerging markets that are shaping our economy and society” and to “tackle the distortive effects of foreign state ownership and subsidies in the internal market.” Both these undertakings should ring alarm bells, and there are further rumblings about regulatory measures targeted specifically at the ICT sector. 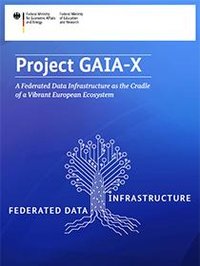 Finally, there is also the proposed European cloud platform, GAIA-X, an ambitious project that aims to enable the EU to meet its cloud computing needs with domestic resource. At first glance this mission presents some obvious issues: The objective to develop the EU’s digital economy to rival the US and far East comes at a point in time when the region is about to lose its biggest digital economy: the UK. Even with uncertainty about Brexit slowing business investment across the economy, the UK remains the number one destination in Europe to invest in tech, receiving more investment in the first half of 2019 from US and Asian investors than the rest of Europe combined. This places the EU at an immediate disadvantage and success will depend on close cooperation with the UK on digital technology policy: an approach that will be of mutual benefit.

The second challenge is the regulatory evangelism of the Commission, perhaps egged on by some of the larger nation state economies. A burdensome regulatory regime is not always one in which digital entrepreneurship flourishes and with the departure of the UK, an important restraining influence on the regulatory ambitions of the Commission will be lost: the UK has for many years been an important ally of smaller states advocating legislative restraint. As a result we may see increasing divergence away from the kind of liberal market environment that fosters ease of doing business and towards one with a greater degree of centralized regulatory control. Who knows? 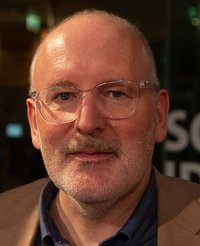 His tasks will include presenting the Green Deal within the first 100 days of the new Commission. This is a holistic environmental programme with multiple objectives which include increasing emissions reductions from 40 percent by 2030 to over 50 percent, committing Europe to be the world’s first climate neutral continent and leading negotiations with other large emitters to encourage reductions elsewhere.

Like Vestager, Timmermans is tasked with coordinating a number of separate departments and activity streams to ensure that policy development is coherent and holistic. These include Environment and Oceans, Energy, Transport, Health and Agriculture.

Operators should be alert to a change of direction in energy tax policies to include a carbon border tax to address carbon leakage, and the implementation of the Energy Taxation Directive, which seeks to apply a minimum energy tax for member states to avoid a race to the bottom and provide a level playing field for business. The obvious shortcoming of the latter proposal is of course that energy prices vary markedly across the EU and applying a uniform layer of tax to an uneven surface will not make it flat! Data centers are no strangers to ambitious carbon reduction targets but their energy intensive nature renders operators sensitive to energy taxes and to non commodity charges so this will be an area to watch closely.

Other commitments include the development of a Just Transition Fund to support those for whom decarbonization will be most costly, such as coal-dependent states, set zero pollution objectives, addressing the carbon impacts of transport and implementing measures to decarbonize the blue economy (businesses exploiting the marine environment). Biodiversity and sustainable food strategies will also feature. Of these, measures relating to pollution could impact data centers if existing instruments like IED and MCPD are amended.

Other issues of relevance to the data center community include an emphasis on the circular economy and we are likely to see circular economy principles increasingly being applied, which means more emphasis on design for disassembly, more focus on end of life and decommissioning practices and the emergence of new standards and regulations. In other areas, existing policy activity will continue or be stepped up: EU ETS will move into Phase IV at the beginning of 2020 with a steady tightening of the cap, Green Public Procurement requirements will be finalized, and guidance will be developed. At the device level the EcoDesign framework will continue to seek improvements in energy performance and Lot9 will continue to trouble the sector.

Broadly speaking, the biggest challenge to the success of broad-ranging digital and environmental policies is that, to date, the EU’s political and organizational structures have not been well suited to the delivery of holistic programs: policies tended to be chopped up and allocated to specific parts of the Commission. So, for instance, climate was separated from finance, an obvious disadvantage for joined up policymaking. But this is all set to change with the appointment of the new EVPs, which should be regarded as a very welcome development. Now we will have to see how the theory plays out in practice.

In a nutshell, the digital and competition portfolio looks likely to introduce some significant new pieces of legislation as well as updating existing instruments. On environment, we can expect more of the same, but some changes in emphasis. Overall the sector should anticipate increasing political scrutiny and a growing regulatory burden. Plus ça change!

For more information from TechUK on data centers please click here, and for the UK's relationship with the EU click here