Gaia-X aims to create a standard platform for European companies

Germany's Economy Minister Peter Altmaier fell off the stage after announcing a cloud initiative designed for a pan-European market.

Gaia-X plans to be a joint standard of APIs and data sovereignty rules for companies aiming to store data on the cloud within the EU. Various companies and public institutions will form Gaia-X, which will be available as "a homogeneous, user-friendly system." Specifics on the project were light.

German Economy Minister Peter Altmaier had just finished his speech when he left the stage a lot quicker than planned - falling on his head and being hospitalized.

The 61-year-old was attending the project's debut after working with SAP SE, Deutsche Telekom AG, Bosch, and Deutsche Bank AG on the initiative.

Prior to his injury, Altmaier said: “Germany and Europe needs a data infrastructure that ensures data sovereignty and enables the sharing of data on a broader and secure basis.

Gaia-X will be officially founded in 2020, and is open to both European companies and foreign firms - as long as they follow the project's rules on data sovereignty.

Under the Clarifying Lawful Overseas Use of Data Act (CLOUD) signed last year, US storage providers can be ordered to provide authorities information held on their servers, no matter where that data is physically located.

Germany's federal commissioner for data protection and freedom of information, Ulrich Kelber, cautioned against the government's plans to let German police upload bodycam footage to servers run by AWS back in April. 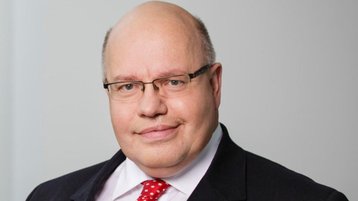 CLOUD was meant to make the process of what can and cannot be shared simpler, but many questions remain outstanding. AWS could theoretically fight the request, citing it contravenes local laws, and even GDPR, but that would require AWS to wish to do so.

According to the European Data Protection Board (EDPB), CLOUD can result in an “extraterritorial reach of powers.”

The EDPB said: “Service providers controlling personal data whose processing is subject to the GDPR or other EU or member states’ law will be susceptible to facing a conflict of laws between US law and the GDPR and other applicable EU or national law of the member states."

In an interview with EURACTIV, Francesca Bria, CTO for the City of Barcelona, said Europe faced the threat of being a type of ‘digital colony.’

Bria said: “Europe should tackle the dependence on external technologies: most hardware and software EU critical national infrastructure are built outside of the EU.

“Since data is the raw material of the digital economy and fuels AI, we need to take back control of data, and recognize data as a public good, as a public infrastructure, where the terms of data control need to be defined by citizens themselves.

“If you see who owns the software… it’s mainly foreign multinationals. So, we need to tackle dependence on external technology… We could lose our competitiveness in key industries of the future and become a sort of a digital colony.”

In the next issue of the DCD Magazine, out next week, our cover feature explores the Balkanization of the web and how nationalism, data sovereignty laws, and government overreach is remaking the net. Elsewhere in the magazine, we also talk to the CEO of OVHcloud, Europe's largest cloud provider, about how the company hopes to provide an alternative to US and Chinese providers. Subscribe for free today.