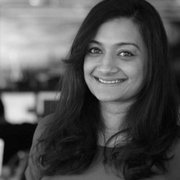 Archana Kesavan is the senior product marketing manager for ThousandEyes

Geography matters here as, due to sovereign controls over Internet behavior, inconsistencies in China play a significant role in application performance

It would seem that the multi-cloud environment is here to stay, with Gartner predicting that 70 percent of enterprises will employ such an IT strategy by the end of 2019.

While many companies will be aware of the “big three” providers like Amazon Web Services (AWS), Google Cloud (GCP) and Microsoft Azure, increasingly, a new challenger, Alibaba Cloud, is taking on these players’ dominant market position.

Actually, Gartner recently reported that Alibaba Cloud is now the third biggest cloud provider in the market after Amazon and Microsoft, and is also the fastest growing provider, with a 7.7 percent share last year, boosting revenues by 93 percent between 2015 and 2017. To put this extraordinary performance into context, Alibaba Cloud only opened its first data centers in the US market in 2015, followed by Europe a year later.

For businesses, Alibaba Cloud can now be considered a potential cloud partner just like the other “big three,” including as a part of multi-cloud strategy. Especially as Cisco estimates that more than half of enterprises already use an average of four different cloud vendors.

Yet before taking the decision to implement a new cloud partner, a number of key considerations need to be taken into account by every business. 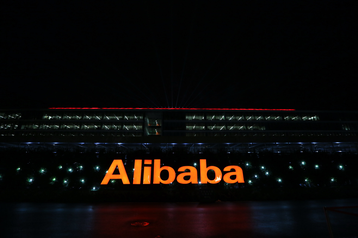 Handing over control to third-parties

The need for agility in today’s digital world means most companies can only realistically provide a reliable, seamless digital experience to their customers and employees by leveraging cloud and third-party technologies. In addition, the digital experience and its impact on customers cannot be underestimated. In fact, by 2020 it is predicted to overtake price and product as the key brand differentiator.

By relying so heavily on third-party service providers, from IaaS to SaaS to ISPs to CDNs to deliver a cloud digital service, companies are relinquishing much of the control they’ve previously had over their IT systems and infrastructure. Now, IT architectures have evolved from a controlled, managed environment to something that is shared, requiring a profoundly different way of thinking. Given that an estimated 96 percent of businesses use the cloud in some manner, nearly every company is now operating on networks outside of their ownership, leading to an increasingly multi-cloud architecture.

For example, if something goes wrong and a business experiences a digital outage, such loss of control and network visibility can be hugely damaging. It not only impacts upon the IT team, but can have a profoundly negative impact on everything from brand reputation and employee productivity, to revenues. Such an impact was experienced by Amazon who lost an estimated $100 million due to an outage on Prime Day. No business, regardless of size, can afford to take their network, or their ability to deal with issues related to it, for granted.

Geography matters when it comes to Internet infrastructure & performance

Another key consideration when looking at a potential cloud provider is geography.

Internet infrastructure in Asia-Pacific (APAC), especially South-East Asia, is very different to the U.S. & Europe. Notably, according to the 2018 ThousandEyes Public Cloud Performance Benchmark Report, the Asia-Pacific region showed some of the highest performance variability across the major IaaS providers, demonstrating the need for in-region vantage points within and across all major public cloud providers.

There is a large data gap related to cloud performance across regions outside of the US and Europe, and as a result IT leaders have had to rely on instinct, educated guesses and vendor claims to formulate their cloud strategies and connectivity architectures.

There are a number of geographical anomalies that are important to understand. For example, GCP’s network is very strong overall but it turns out that there isn’t yet a direct fiber route in the GCP’s network from Europe to the Indian subcontinent. This means traffic from users in Europe going to Mumbai will take three times as long to get there with GCP, as with Azure or AWS. Of course, the big three are constantly building out their networks, so these anomalies will go away over time, but it’s still helpful to have real data on which to make hosting decisions until that happens.

In addition, in the Asian region AWS demonstrated 35 percent less network performance stability than GCP and 56 percent less than Azure. Again, geography matters here as, due to sovereign controls over Internet behavior, inconsistencies in China play a significant role in application performance.

Traditional monitoring tools and cloud-native point solutions both lack the ability to see beyond internal enterprise networks, or outside of their own networks respectively. This means that companies that rely on either, or both, are leaving the broader Internet unmonitored, jeopardizing existing investments and becoming at increased risk of delivering poor digital experiences.

As a result of these geographical issues, businesses need more visibility into their public cloud infrastructure across regions and service providers, including players growing in prominence like Alibaba Cloud.

‘Digital’ means businesses can now reach a host of different customers on a truly global scale, Alibaba Cloud’s rapid expansion is evidence of this. Yet the key takeaway for businesses is that not all cloud providers handle traffic the same way.

The rise of Alibaba Cloud means that competition between the key cloud providers will continue at pace, especially around performance, making it hard to predict how the cloud computing landscape will look like in one year, let alone five. However, in the here and now, companies must understand the nuances of each provider to make the best decision regarding their approach to cloud.