How governments can avoid IT disasters 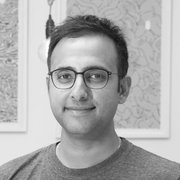 It has been four months since the UK's Health Secretary Matt Hancock announced plans to release a contact tracing app with NHSX to help contain the spread of Covid-19. So crucial was the app to the UK’s strategy to track and trace, the Government stated that it would be fundamental to the easing of the lockdown.

After spending £12m on the pilot stage alone, work was abandoned on the NHSX model in June due to data protection, privacy concerns, and technical issues. This led to significant delays to the national roll-out of the app, sending the Government back square one to work with Apple and Google.

The truth is, that in the wake of an international health crisis, the Government failed to deliver a solution when one was of paramount importance - and it isn’t the first time. Announcements of grandiose new IT schemes that promise digital transformation, yet do not live up to the hype, are something of a regular occurrence; and not just in the UK. The implementation arc usually follows a similar trajectory: an ambitious project that runs into disaster along the way, resulting in millions of public funding wasted.

With so many projects culminating in disaster, it is clear that governments need to be doing something different where implementation is concerned. So, how can they break the pattern and successfully implement new tech? 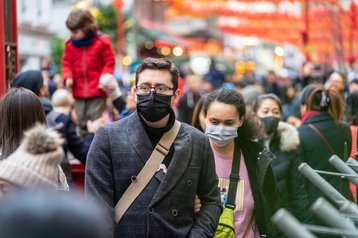 With so much of the taxpayer’s money at risk, institutions such as the NHS are justifiably risk-averse when it comes to the deployment of big projects. As a result, government-led IT initiatives are always intricately planned with large vendors and a clear set of deliverables in mind. While this is no bad thing, it means that there is very little flexibility or margin for error.

Rather than awarding big contracts to big companies, a more refreshing approach could be to redesign the process of digital innovation and pursue partnerships with a number of smaller and more flexible businesses.

The sheer size of large companies is in itself a hindrance to true innovation and agile product development. A shift in mindset is required within these businesses to break down the cultural and operational barriers standing in the way of pursuing out-of-the-box thinking – whether that is excessive red tape or too many levels of bureaucracy. Unless this happens, governments must be aware that the innovation they seek may not be possible within the current set up; namely, limiting work predominately to the big four providers.

At the very least, governments should be encouraged to apply a start-up mentality to bigger partnerships – namely, maximizing the budget, value and opportunity of every initiative. They should also seek to move quicker, spend less, and iterate towards the best solutions rather than maintaining a narrow focus and working towards just one big final outcome that doesn’t deliver.

The public sector is similarly missing a trick by not inviting more participation from teams of various sizes and of different backgrounds to work on digital innovation projects. Such an approach would encourage varying levels of input, rather than relying on the expertise of one big company. Especially for the discovery phase, having as many outside opinions as possible is paramount for effectively unpacking ideas and creating a plan of execution. Broadening the pool of expertise and collectively brainstorming a number of possible solutions to a problem, rather than focusing on just one, will no doubt pay dividends in the long-run.

Multiple smaller companies should be encouraged to get stuck in and start that discovery process more successfully. Awarding a single, long-term contract to one vendor risks stifling creativity, and ultimately risks setting the innovation project up for failure from the very beginning

Product development is a marathon, not a sprint

Although ‘failure’ might sound damning, it is a vital and inevitable part of any ambitious project. It is only by allowing margin for error early on in the process, that the public sector can avoid more costly mistakes further down the line and develop creative solutions.

Indeed, governments should be encouraged to fail little and often, and could learn a lot from the rapid prototyping employed by SMEs engaged in software and product design. Rather than pursuing rigid, sequential processes for product development – whereby product requirements and development schedules are stipulated from the outset – the public sector would be better off using an agile process to manage software development projects.

For one, this boosts stakeholder engagement at every ‘sprint,’ or stage, allowing for a higher degree of collaboration between the client and project team. Rather than delivering a product that doesn’t ultimately fulfil the client’s needs, a deeper engagement gives the opportunity refine the product throughout the development cycle.

By splitting up development into shorter and more manageable units, there is also a greater focus on the end user: teams will be able to ensure that each feature incrementally delivers value. This framework also provides the opportunity to regularly beta test the software and gain valuable feedback throughout the project, rather than simply hoping the final product will meet user expectations.

After all, no one knows exactly what the customer really needs and wants until they have experimented with potential approaches. It is important to test, learn what the customer wants and iterate on it, step by step. Rapid prototyping is needed to help explore and realize new concepts, and it is important to fail during this period so that any problems are exposed early on. Only through some process of trial and error can the final result truly meet expectations.

An agile approach can improve experimentation, but it is an undeniable truth that internal processes and hierarchies will continue to hold governments back from taking a chance on unexplored concepts.

Indeed, radical innovation can only happen when teams experiment profusely and test out risky new ideas. Given the fast rate of changes in technology, the only way to move forward is to accelerate learning and test, test, test.

Again, the public sector can learn a thing or two from SMEs. Smaller organizations benefit from a culture free of red tape, making them ideally placed to implement decisions at speed.

A complete shift in mindset is needed – namely, the government must reverse a culture that doesn’t tolerate failure. Great potential exists to create a positive feedback loop by through encouraging experimentation: for instance, if a novel application of a product is tested, but does not serve the intended purpose, it can nonetheless stimulate new ideas. Teams might discover unintended ways to employ these new tools and use them for another purpose within current or future projects.

Failing fast is no longer the hazard it once was. Thanks to readily available and accessible APIs and cloud-based solutions, governments needn’t squander huge amounts of time and resource on building solutions from scratch. Teams can pursue ideas by building on existing technology.

Indeed, this was a downfall of the failed NHSX track and trace app. Had the UK Government spent circa £100k on using open source code rather than millions on the pilot of its NHSX tracing app, it might have been delivered in time, and within budget.

Governments need to take more responsibility and change their ways of working, which involves reviewing and revising their existing practices. By learning from smaller organizations and adopting a different mindset, the public sector can deliver valuable digital tools for society at large.