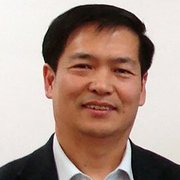 Following the recent COP26 conference, it has been widely accepted that international cooperation is a must, rather than an option for climate change. To make a difference and implement a net-zero strategy, countries need to begin to work together and embrace the innovative technologies available globally.

Within the UK, it is evident that more reliable and efficient direct current grid technologies are needed. To get closer to its net-zero target, it seems likely that the UK will need the help of revolutionary energy infrastructure developments and technologies such as high-voltage, direct current (HVDC) and smart wind turbines.

In fact, recent findings have suggested that adopting an integrated approach for all offshore projects delivered by 2025 could save consumers around £6 billion – which represents 18 percent of the total capital and operating expenditure between now and 2050.

The power of smart grids

Many believe that smart macro grids are needed, as they enable renewable energy to be better aggregated and matched with demand. These large grids connect regions which are potentially as larges multiple countries. They are controlled through advanced technology like telecommunications systems and need to be based around ultra high voltage DC transmission system (UHVDC) distribution, which can carry the power over long distances with smaller losses.

Currently, there are two UHDVC systems in Brazil, two projects in India, and twenty in China. Globally, there are several manufacturers both within China and outside, that can make UHVDC. Birmingham University has had a recent breakthrough with a project which can improve the reliability of both UHVDC and HVDC technologies – in turn, this would contribute to the efficient, reliable, and economic energy supply systems regionally and globally.

There is some uncertainty as to whether data centers are the problem for the demand of smart grids, or the solution. Data centers consume around 200 to 500 TWh of energy per year, according to an estimate from the Uptime Institute, which Uptime affiliate David Mytton quoted in the Nature Partner Journal Clean Water in Feb 2021.

There is some uncertainty as to whether data centers are the problem for the demand of smart grids, or the solution

The Covid-19 pandemic, along with worldwide digitization strategies, are likely to mean this electricity consumption will see a significant increase by 2030. Therefore, data centers have been contributing to the problem of demand, but intelligent algorithms for scheduling the energy demands of data centers could bring demand reduction and contribute to smart grid control and services.

An integrated approach will often use high voltage, direct current technologies to achieve flexibility and efficiency for offshore wind energy delivery and connections. There are currently two different types of high voltage which include direct current converter technologies being used – these are voltage source converter-based HVDC and line commutated converted-based HVDC.

Voltage source converter-based HVDC has a couple of advantages, including being less vulnerable to alternating current faults and a lower chance of commutation failure at inverters. This results in a reactive voltage control of converter stations, as well as fast dynamic reactive power and alternating current voltage control. However, it also has some disadvantages, such as a lower power capacity, higher power loss, higher investment costs, and being more vulnerable to direct current faults.

Both technologies provide a range of advantages and disadvantages. A common factor between them is that there are reliability concerns for both technologies. Direct current circuit breakers are needed for voltage source converter-based HVDC to solve this, which will increase the cost of investment.

Both technologies enable offshore wind energy to be integrated and connected with neighbouring countries, meaning these advancements can lead to exciting opportunities. For example, research and development work could result in more reliable and cost-efficient technologies. This could in turn stimulate work in power electronic devices, such as insulated gate bipolar transistor and integrated gate commutated thyristor, which can attract more investment opportunities.

The evolution of smart wind turbines

Integrating wind generation, and using it to replace traditional fossil fuel power plants, is creating a fundamental challenge of frequency stability with the electricity grid in the UK. This is a result of reducing system inertia by making the system ‘lighter’ and increasing the rate of change of frequency with outage of power generators.

For example, a power cut which occurred in August 2019 caused blackouts across the Midlands, South East, South West, North West and North East of England, and Wales. This incident was triggered by two unexpected power losses which were almost simultaneous, at Hornsea and Little Barford due to lightning strikes. This is a prime example of the challenges when operating the future low inertia electricity system.

Smart control systems could control the release of energy from wind turbines, using their blades as flywheel storage systems.

Going forward, it will become more paramount to find an effective way to use use turbine systems, which can provide and maintain effective frequency stability and regulation. There are methods in place in which wind turbines can regulate electricity and provide consistent support, but because of variable wind speeds and other system conditions these are not always reliable. As more wind turbines are integrated into the system, it becomes increasingly difficult to keep the system stable, while balancing supply and demand. Frequency dips in the power grid occur rapidly and more severely, compared to the rate of such problems before wind generation became such a significant element of electricity generation.

We can expect a ‘smart’ system control strategy that controls the storage and release of energy from wind turbines, in which the wind turbines' blades are considered to be big flywheel storage systems. This will reduce the risk of power cuts and support the increase of wind energy use world-wide. More research and development is needed to demonstrate these emerging smart wind turbine control systems, but the development of new solutions like this may result in the future electricity grid being more flexible, secure, and efficient.

Overall, it is evident that these reliable and efficient technologies will pave the way for infrastructure throughout the UK. Although there are numerous benefits and drawbacks, innovative methods will provide consistent support to the development as a whole. Pioneering technologies such as HVDC will rapidly revolutionize our approach to achieving net-zero by 2030.