Edge computing: The superior choice for your business operations 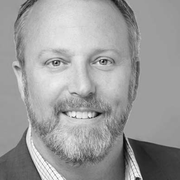 With the potential to extend your business beyond the bounds of traditional enterprise or cloud computing, could Edge be the answer?

Edge computing represents a natural progression in the evolution of the Internet, enabling businesses to offer services that surpass the limitations of traditional enterprise or cloud capabilities.

By putting compute power nearer to where customers use data, users get a more responsive experience, delivering a clear advantage over the competition.

The transition is happening now, and fast. A recent IDC report predicts the Edge computing market to reach over $250 billion by 2024, and a recent Gartner report expects a staggering three quarters of Internet data to go through the Edge in 2025.

So, what is driving the transition to Edge computing?

While the majority of data processing now occurs in large data centers, the ever-increasing need for faster, more responsive data services is encouraging the move to the Edge.

By putting compute power closer to where people can use it, Edge deployments enable organizations to offer more (not to mention speedier) services at lower total cost, and with greater regulatory compliance.

What’s more, by nearly eliminating the distance between the user and the compute resources, Edge can drop latencies by an order of magnitude. And as the amount of data needed to serve business and customer needs continues to increase, the need for smaller, more distributed data center topologies to meet these needs efficiently is only growing.

Edge computing thus allows businesses to operate faster, safer, and more efficiently. Technologies like the proliferation of 5G are also fueling the expansion of the Edge, along with many other new applications (like artificial intelligence or remote medical monitoring) that require low latency. Processing data locally for these and other uses allows for nearly instantaneous responses.

A business’s success hinges on its speed. We’ve all seen how slower speeds or higher latencies can disrupt customer experiences.

The Edge drastically decreases latency, while boosting speed. With the Edge, latency can drop below one millisecond, down into microseconds – mere millionths of a second.

Serve your customers before they even notice to increase their satisfaction. Data doesn’t have to travel great distances to go between the Edge facility and the customer.

In fact, Edge speeds are so quick, that nearly half (44.9 percent) of Edge data is accessed in real-time, as if it were on-device.

That said, speed isn’t even top of the agenda anymore. A study of hundreds of international IT decision makers found that business owners want low latency even more than they want high speed, which just happens to match up with the Edge’s key advantage.

Businesses expect this innovation to assist with nearly all of their performance indicators, including customer satisfaction, cost, compliance, and agility.

Decision-makers also want to constrain the maximum latency to under five to ten milliseconds. For this and other reasons, a sizable part of enterprise IT spending in the next few years will occur at the Edge.

Businesses rely on data security, and local computing can increase this. The idea of Edge technology safeguarding data more is a bit counterintuitive; after all, the Edge puts data in susceptible areas.

Often, compute resources at the Edge are deployed in less-than-ideal locations: a storage room, the branch manager’s office, or even a janitorial closet.

Nonetheless, with appropriate Edge monitoring solutions in place, such as RF Code for Edge, Edge data centers can deliver comprehensive security for these often insecure-by-design locations.

With the Edge, your business can have confidence that operational data remain where they belong. As customers increasingly rely on mobile devices, localizing computing resources to minimize the vulnerability of data makes more sense.

Businesses need to expand, but they can’t necessarily foresee their expansion rate, and the costs of expanding traditional enterprise data centers to meet growing demand can be prohibitive and physical space may not even allow for expansion at all.

The Edge enables organizations to increase their storage and computing resources as necessary. Instead of spending money on expensive data centers, businesses can use smaller, localized resources like content delivery nodes to meet growing demand.

This allows for rapid increases in the volume of compute and data availability without the enormous cost. The result? A more powerful, more efficient infrastructure.

The proliferation of Edge technology in fields like healthcare, autonomous vehicles, and factories underscores its inherent resiliency.

Having data very near the user practically eliminates networking issues. Furthermore, the distributed nature of Edge deployments dramatically reduces the likelihood of widespread failures in general.

It doesn’t matter how fast an application is if it can’t function correctly. Even some of the largest names in technology suffer outages that can affect their services. This drives customers off, and leaves a scar. The Edge makes it possible for businesses to manage outages large and small with minimal disruption.

Even in the uncommon event that an Edge installation does require some downtime, having multiple nearby Edge locations assures businesses and their clients of seamless operations.

Edge computing is the future

Along with the other technological advances in the so-called ‘fourth industrial revolution,’ like big data, IoT, and AI, the Edge is increasingly becoming a core component of organizational activity.

Edge networking is revolutionizing IT. Are you prepared for it?