Security at the edge 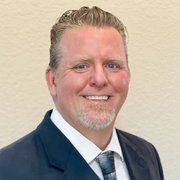 As the leader of GRC's marketing team, Gregg is responsible for all aspects of marketing our revolutionary immersion cooling datacenter solutions. He is a seasoned marketer, technical communications specialist, and marketing technologist with over 25 years in the high-tech industry and deep experience working in both large and small companies.

The biggest security threat to edge data centers might not be cyber miscreants penetrating the firewall, but very ordinary miscreants simply coming through the door, warns RF Code’s Gregg Primm

Every new wave of computing technology brings major challenges to the enterprises and other organizations that must quickly iron-out the inconsistencies and work around the inefficiencies – all the while ensuring that security is not compromised. At the same time, there are any number of potential threat actors examining the same technology for the smallest signs of critical weakness. 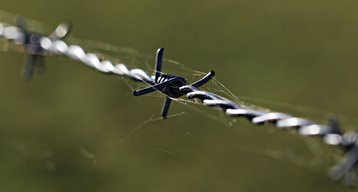 The edge data center will be no different. It promises a revolution in how we process information at nodes as close as possible to its source with low latency rates, enabling real-time analytics and responses based on those analytics at a scale and speed not seen before.

Edge computing is the deployment of resources outside the traditional data center. They are placed close to the point of activity that the edge network is intended to support, where a series of connected devices link the edge device to users or processes, such as IoT elements. However, edge data centers are nothing like conventional data centers.

In many instances, they will be placed wherever there is space – a branch office, a room in a shared office space, the former broom cupboard or rented space as close to ‘the ground’ as possible. As a result, the edge data center won’t offer anything like the physical security measures of the conventional data center.

The reason? Edge environments are quite different from conventional data centers. While data centers hardly accommodate end-users, edge settings – such as retail stores and factory floors – do. The same applies to financial institutions, for example, where clients and customers are expected to interact with the organization. This introduces the potential for a range of data risks that server stations and other big data processing entities have never managed before.

What does this mean for your business? Well, according to some experts, it means you need enhanced security protocols because of the new types of networking on our devices in the future; with ‘edge networks’ being one example. In order to ensure smooth business operations, while staying secure against these security risks, understanding edge network risks is the critical first step.

So, let's break these down.

Most cybercriminals know the easiest way to compromise edge computing systems is to target physical devices, and circumvent network security

What makes security at the edge different?

The data entry point presents major risks since a business is expected to maintain close proximity to its clients. Cyber miscreants can take advantage of the processing capabilities of edge devices to inject vulnerabilities through different wired or wireless technologies.

Most cybercriminals know the easiest way to compromise edge computing systems is to target physical devices, and circumvent network security. They base their insights on the fact that networking protocols employ different security measures between the base’s computing devices and the topology. In many cases, the former is often weaker. If there is a breach, your organization stands to lose valuable data that, in some cases, may be proprietary.

Edge data centers, typically, aren’t as secure as the big cloud solutions located in remote sites. In ‘best case scenario’ situations, edge servers are hidden in office closets where the only individuals who can access them are the senior executives – still not skilled systems administration experts or managers.

In some cases, the company simply hides the server under the IT manager’s desk!

In sharp contrast, conventional data centers have high-end security systems to protect their assets. Security protocols could include multiple access-gated security doors, biometric access, and three-factor authentication protocols, and the eyes and ears of everyone working there.

In other words, edge data centers’ physical security can often amount to little more than a locked door, if that.

Some of the security challenges stem from the tasks that CTOs, CIOs or IT directors expect these facilities to perform. For instance, to ensure resiliency a CTO may decide that the edge data centers be independent, decentralized locations in which equipment management, security analysis, and resource allocation are handled without communication with (or reliance on) centralized compute resources.

This means that that the bulk of the computing processing takes place locally (the goal) , but it also requires that IT technicians handle the equipment deployment at the organizational level, rather than at a centralized location.

Edge data centers’ physical security can often amount to little more than a locked door, if that

This process requires thorough planning beyond what you’d expect within a traditional data center.

The process becomes more complicated in major organizations since the CTO has to come up with a solution that can scale. Remember, edge computing is only considered successful if it can function 100 percent without relying on a network topology that links back to the cloud. Consequently, this calls for the installation of multiple edge servers to manage the data generated at various nodes.

Setting up the edge servers to handle such huge demands must be balanced with security considerations. The placement of the nodes so close to the source of data means that any compromises will result in leaks of sensitive or private information. If the organization in question is a hospital, for example, a breach could result in the leak of confidential health data, leading to regulatory and legal penalties.

The multiplicity of distributed edge-based IT needed by a relatively large organization presents huge security challenges for critical components across such widely dispersed locations. With one-third of all cyber attacks perpetrated via physical access, the need for enhanced security measures of edge facilities becomes even more important.

What can be done?

Businesses that have deployed edge computing should not roll back. Instead, they need to strengthen their commitment by investing in the appropriate physical and digital security measures.

Once you have taken care of the basic protocols of the edge nodes, networks, and servers, you should focus on security. Most organizations have a tendency to acquire infrastructure components that are easy to maintain on-site, as opposed to the ones that are off-site and safe. However, the most convenient solution is rarely the most secure.

For example, flaws in Kaseya’s Virtual System Administrator software-as-a-service offering enabled a ransomware group to compromise up to 1,500 businesses earlier this year. VSA enables users to more easily manage large IT estates, so the backdoor exploited by the attackers gave them access to an enormous range of facilities.

Edge compute solutions solve most problems inherent in cloud computing like the need for high bandwidth and an over-reliance on remote services for critical processes. However, they reintroduce the challenges associated with traditional local computing, such as the physical security of the devices, the programs, and data.

RF Code‘s solutions enable companies to harvest the benefits of edge computing without risking their physical and digital assets. With RF Code, organizations have 100 percent visibility over the physical infrastructure across an edge network, delivering real-time insight and control over widely distributed IT assets so that the inherent risks of edge deployments can be addressed and security compliance can be enforced remotely.

After all, security challenges of all types have been growing every year, year on year, for more than two decades, and regardless of the advances made, there are no signs that we’ve even seen the worst yet.