Competing for the metaverse 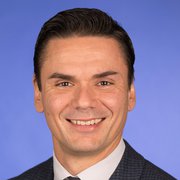 Tony Pialis is founder and CEO at Alphawave IP

How hyperscalers are arming up with their own infrastructure

Just as Sputnik kicked off a race for technological supremacy, Meta’s announcement last October has sparked a new competition between tech giants. Envisioned as the next evolution of the internet, the metaverse would bring augmented reality and virtual reality (VR) technology to create more interactive and immersive online social experiences. To highlight its commitment, Meta has announced multiple investments toward building developer tools, AI supercomputers, and digital infrastructure.

Competitors and companies providing public cloud hyperscale capabilities - that is the ability to achieve massive scale in computing - such as Microsoft, Google, and Amazon aren’t sitting idly by, but are moving swiftly to develop their metaverse initiatives. The recent acquisition of Activision for $69B by Microsoft, continued development of AR technology by Google, and a new metaverse game from Amazon (a weird marketing exercise using avatars to explain how to use AWS) are all efforts to claim a piece of the new emerging market.

While the focus on the new exciting software and hardware devices will dominate the public perception of the metaverse, an equally important, if not more critical race to build the next generation of internet infrastructure is already in full swing. Here’s what is happening behind the scenes:

A multi-trillion-dollar prize at stake

Winning this race opens the doors to an emerging market estimated to be worth trillions of dollars with its enormous business opportunities and benefits. Everything from shopping, games and other social events could take place in the metaverse, which makes it a gold mine for data. This is why hyperscalers such as Meta, Google, Amazon, and even others in Asia such as Bytedance and Tencent are moving quickly to own the experience from the hardware to the software. Over the next decade, this competition will drive new advancements in technology with the ultimate goal of being the first to reach users.

The metaverse will physically reshape the internet

Put simply, our current digital infrastructure is not up to the task of supporting a metaverse. Connecting thousands or millions of VR headsets to an interactable digital world requires huge amounts of bandwidth and very low latency to enable a usable experience. The connectivity demands will only increase as the user base and the amount of data grows. At the center of all this infrastructure are data centers as they will be the engines providing all of the computing, graphics processing, and storage needed to power the metaverse. Companies will have to build more data centers and upgrade existing ones with new technologies such as AI chips, solid-state storage, and high-speed interconnect. Subsequently, we will see the acceleration of fiber optics being laid down in cities and neighborhoods to improve the connection between users and data centers.

Employees are driven by a desire to “own” their product, searching for meaning in their work, exciting challenges, and growth opportunities. Creating the next big thing can be more alluring than the promise of money

This has also led to a war for talent as companies are poaching developers, engineers, and even lawyers for protecting intellectual property. Hyperscalers are doubling down on scouting potential candidates still in college and hiring them immediately upon graduation, creating a fierce and cutthroat environment. The race for the metaverse has also spurred employees who are driven by a desire to “own” their product, searching for meaning in their work, exciting challenges, and growth opportunities. Ultimately, being able to create the next big thing can be more alluring than the promise of money.

It could change our lives. Again

The metaverse could not only change the way we work and interact socially, but the development of internet infrastructure will also accelerate the implementation of other technologies such as AI automation. As the world becomes ever more digital, people who are less adept with technology could find themselves at a disadvantage or even be replaced by the increase in AI technology. Being conscious of this issue and finding ways to solve it through retraining and education is crucial to preventing a two-tiered society. Ensuring equal access by building high-speed internet around the world beyond major urban areas must be essential in the implementation of the metaverse to make it an equitable technology.

Another change that we are likely to see will be an increase in government regulatory oversight over the collection and usage of user data. There is simply too much data that needs to be secured for governments to not be involved and this could take form in multiple ways. One approach involves hyperscalers leading the creation of a metaverse but will work closely with governments to protect data. The other approach sees governments taking the lead by placing the metaverse as a “national endeavor” with hyperscalers playing a supporting role. Ultimately, it is very likely that a hybrid approach will emerge in the future.

The race is on

With all the work and money put into building data centers, fiber networks, and new hardware, companies are eager to get a return on investment. First-generation deployment could happen within five years and look similar to less realistic worlds like Roblox. It will only get better from then on, but the enormous investments signal that hyperscalers are aiming for a sprint to the finish line rather than a slow marathon. The metaverse is coming and it is coming soon.