Cloud computing: After a record year, what lies ahead? 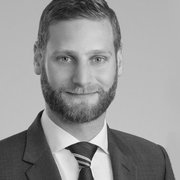 Cloud computing is not a modern idea; the concept of computing-as-a-service has been around since the 1960s where companies rented time on a mainframe rather than having to buy one themselves. However, it has only been since the early 2000s that the term ‘cloud computing’ has been synonymous with an individual’s modern life - think about personal email services such as Hotmail and Gmail, social networking sites like Facebook and Twitter, and streaming services like Netflix and Spotify.

For companies, however, while adoption was perhaps slower than for individuals, it is clear that cloud computing has been embraced as a key IT platform for the early 21st century and its rise is driving change in the outsourcing sector. 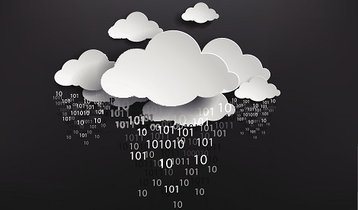 In 2018, the worldwide cloud computing infrastructure market ended on a record high, as spending grew 46 percent to nearly $23 billion in Q4 and the total outlay on cloud infrastructure exceeded $80 billion - up from $55 billion in 2017. This is big business and is causing the outsourcing trend of the past decade to change direction. The world’s largest IT firms used to solely manage all the IT needs of their customers, but today often no single technology vendor can effectively supply all of an organization’s requirements.

Where this trend is really seen is in small and medium sized businesses. These types of organizations often fail to have the technical talent and skills within their own workforces and so are likely to target their IT spend towards agile IT resources. A key requirement for many such organizations is successful management and deployment of IT infrastructure, and the scaling of cloud-based infrastructure has been one of the fastest growing applications of cloud technology in 2018.

As these types of organizations seek gains as part of their outsourcing strategies, not only does a cloud strategy deliver on cost efficiencies - cloud-based infrastructure allows the customer to scale its demand and only pay for the server load it needs - it also allows the customer to focus on the core aspects of its business and therefore dedicate what is likely to be a small number of staff to concentrate on its own customers and services.

Larger organizations are also embracing cloud infrastructure with many turning to the global giants, such as Microsoft, Amazon and Google, to achieve their growth or business agility aspirations. Their reasons for doing so are often the same as those heard from small and medium sized businesses - flexibility is key, allowing cloud environments to be scaled up or down, and also expanded horizontally for new business opportunities.

However, whilst their reasons for growth in cloud outsourcing are similar, there are some differences between larger organizations and smaller enterprises in the contract between the IT provider and the customer. Traditional contracting, where the customer is motivated to save on IT spend and the provider is motivated by extracting maximum revenues, does not necessarily fit with the underlying design of cloud environments to allow customers to move faster with more flexibility. Smaller customers remain locked in the traditional structure as many cloud providers offer their services on standard (which means unnegotiable unless the spend is in the several millions) contracting terms – a “take it or leave it” approach.

For many this will be acceptable, but we are starting to see some companies overcome the fundamental differences between the objective of the IT provider and the customer. This sees the contract viewed as a kind of joint collaboration, where the provider and the customer set common business goals, in which both parties obtain real benefits and with new forms of incentives for the provider - a concept of “vested outsourcing.” The biggest challenge here is getting this right, requiring longer term buy-in from both parties and certainly vastly complicating the procurement process.

Whilst it seems certain that 2019 is set to be a record year for organizations moving further into the cloud, with many ramping down data centers and going “all-in,” it will be interesting to see if there is similar movement towards “vested outsourcing.” The initial sense is that this is unlikely; just as it took a number of years to “prove” the technology behind cloud infrastructure, so too will it take a number of years to “prove” a new of form of contracting for this technology.