Can a new Prime Minister level up Britain’s tech policies? 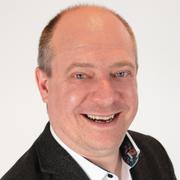 Energy prices and the cost of living are top priority, but we need to be sure that data is secure and essential services run reliably

One common theme in politics is constant change. The challenges faced by the government are fluid and fast-moving. Due to challenges such as inflation, rising energy costs and industrial action, the nation’s Digital Strategy has dropped from the headlines. In many regards, this reflects what’s important at the moment, but a robust technology strategy would help show the Government's commitment to the country's digital leadership and security.

Lockdown proved how quickly digitalization can be achieved. Pre-pandemic, the cloud was on the horizon for most organizations and approaching at variable speeds. Once restrictions were enacted that meant on-site working was no longer viable, those businesses that were able to adapt have thrived.

In 2018, 12 percent of businesses were not yet beginning to use Cloud, that has now reduced to two percent. While a positive trend, this has highlighted an emerging concern. The $12bn UK public cloud market is dominated by the three hyperscalers. Here, businesses are effectively putting their most valuable assets into one place, with over-reliance on a single cloud service provider (CSP) making some IT professionals and regulators understandably nervous. You see, while significant advances in technology have been, and will continue to be made, the truth is outages remain an unfortunate inevitability. And naturally, no business wants to be hit by downtime.

Over the last few years, we’ve seen multinationals experience the impact of outages first-hand, with some of our favourite apps, social media sites and streaming services coming to unexpected halts. When limited to the likes of entertainment companies a few hours of downtime, although inconvenient, is unlikely to have a truly negative effect on society or the economy. However, when it comes to some other industries the potential consequences can be far more serious. The Bank of England’s Financial Policy Committee acknowledged this last year when it flagged that the global financial service industry’s dependence on just a few CSPs posed a danger to the global economy.

To overcome this challenge, industry experts recommend the use of hybrid systems that deploy an appropriate mix of cloud technologies, on-premises operations, and containerized platforms. Following this advice is one way to provide a superior level of resilience and flexibility without impacting day-to-day operations.

Cloudera’s Enterprise Data Maturity Research Report shows that 85 percent of IT decision-makers anticipate a shift to hybrid cloud by mid-2023 – reporting they are either increasing or maintaining the same level of investment in hybrid-cloud infrastructure and data and analytics solutions as they were in 2021. The reason is simple, as exemplified by the 89 percent of these decision-makers recognizing that implementing a hybrid architecture as part of their business’s data strategy means gaining a competitive advantage.

With this in mind, it’s important for the government to consider implementing policies that would ensure widely used services strengthen their operational security through diversification much in the same manner.

Back in 2013, the UK government brought in its Cloud First policy – which strongly recommends that when public bodies update their tech, they consider cloud-based systems first. This early adoption was forward-thinking – and looking at the government figures suggesting that 78 percent of public bodies are providing services which are currently not suitable for migration to public clouds – perhaps too far ahead of its time.

This issue is one which hybrid systems could, at least in part, be able to address.

Open standards have been vital in the development of technology and standardizing technology between industries has helped it to evolve. The government could look at ensuring that standardized frameworks are implemented that insist technologies work together, regardless of the vendor or creator.

The interesting thing about open standards is that they help growth by encouraging competitiveness and collaboration. Once businesses are no longer locked into technologies, developers must work harder for their products to stand out. At the same time, being able to work collaboratively with other developers can often result in a synergy that jump-starts innovation.

Overall, it means that services are improved, which always serves the end user. The government has already brought in a policy that requires open standards for public systems. This is great for small businesses, allowing them to compete for government contracts, and provides the right platform for the government to work with the tech industry to further improve standardization.

The introduction of new policies by the government to safeguard the future of data democratization could go a long way in protecting citizens’ data from misuse. For example, making sure public data is not stored within wholly privately owned and managed systems would mean the government alone would be responsible for ensuring its security. In addition, this would help to avoid potential ethical dilemmas that may arise from hiring private companies to protect the data of millions of citizens.

Currently, the national tech strategy is understandably lower in priority than energy prices and the cost of living crisis. However, guaranteeing the safety of public data, and the continued running of vital services, is critical for the day-to-day running of the country

There is also an opportunity here for the government to enact policies that further strengthen the security of citizens’ data. In practice, these policies could restrict the misuse of public data when it has been gathered and stored for purely public service purposes. A potential caveat to that would be in the instances where access to the data could reduce the cost of the public service.

The future of UK tech

Currently, the national tech strategy is understandably lower in priority than the rocketing energy prices and cost of living crisis making the headlines. However, guaranteeing the safety of the public’s data, as well as the continued running of vital services, is critical for the day-to-day running of the country.

Technology’s progress will continue at pace, and our reliance on data and the technology to manage it will only increase in the coming years. Whatever strategy the Government chooses to enact, having a robust tech policy is essential for both progression and security.