Black Swans and the art of assessing risk in construction 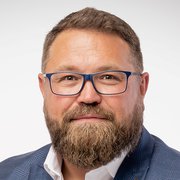 Robert Farrell is director of risk and scheduling at Linesight

If your unknowns are unknown, you need a project control team

The recent UK fuel crisis, which saw thousands of motorists queuing for petrol that in many instances simply wasn’t there, was a classic ‘Black Swan’ event. That is to say the shortage of fuel was unexpected, and the closure of so many petrol forecourts across the country had a major impact.

While there were those who said it could have been predicted, the ‘Black Swan’ fuel crisis exposed the fragility of the UK’s supply chain, a fragility made worse by the shortage of HGV drivers whose daily deliveries to industries from retail to manufacturing are so vital to the UK economy.

Predicting when such impactful incidents will occur is virtually impossible. They are effectively ‘unknown unknowns’. However, an experienced project controls team can assess risk in a measured way, and mitigate the impact of such unknowables, particularly when delivering a complex construction project like a data center

Construction projects have also been hit by supply issues. Sourcing essential materials – and then getting them delivered – is proving to be a sticking point for some projects.

The challenges for construction projects take many forms. There could be significant knowledge gaps on the part of the client around the scale of the work involved, particularly if the client is inexperienced.

It’s the project control team’s job to anticipate these potential hurdles and offer advice which will steer a client around them.

When a construction schedule is drawn up by the building contractor it becomes much more effective when it is combined with the input of a team tasked with understanding the cost and risk elements. Such a meeting of minds leads to a greater and more in-depth understanding of the project being reached.

Of course risks come in many shapes and sizes. In the case of data centers, there is the issue of where they are to be built. Where will they get power from? What is the state of the local infrastructure – both transport and energy? These are all part of the risk assessment mix.

That assessment process begins with both client and wider stakeholders setting out a defined scope for the proposed scheme. Once that is completed, and the business requirements of the project agreed, it's more straightforward to plan out the project, produce an accurate cost estimate, a realistic program schedule, and an appropriate risk strategy.

A number of methodologies can be used to see more clearly how significant the risks are likely to be and crucially when they might arise. One option is to run risk assessments through a Monte Carlo simulation risk process to see what the likely cost impact is going to be, based on an agreed range of scenarios.

Naturally the client’s expectations can be a factor in how risk is managed. Time is money for them, and delivery that goes beyond either budget or schedule – or worse, both – can have serious consequences.

But with a robust project control system around the risks associated with a development in place, whether it be delays in getting materials onto a site, or poor performance by the construction contractor, or a change of plan leading to management change, the potential impacts on a scheme’s delivery can be mitigated.

Governance plays an important part here. As the client representative, a project control team ensures the contractor delivers on time, is aware of the risks, and sees to it that these are covered by a standard mitigation plan.

It is important to regularly monitor the progress of a project, assessing data on a weekly or monthly basis and assessing that data against a pre-defined benchmark. Such an ongoing analysis will ensure that everything is working as intended, or it will highlight that what is being delivered is missing the benchmark that has been set. This means the quality of the data being analysed is paramount.