Understanding Facebook's rapid decline and what it means for Edge dreams

Over a decade of ignoring the harms its platform has wrought is finally catching up with it, causing users, the media, and regulators to turn on the company. The other, even scarier, problem is that users are simply cutting back on Facebook, while younger generations turn to alternative platforms like Snapchat and TikTok.

Mark Zuckerberg believes that he has a solution for both existential threats: Reinvention. The rebrand as Meta and the push into the nebulous 'metaverse' is one born out of necessity. Facebook ruled the web for a decade, but squandered any goodwill and betrayed its users.

Back in 2012, Facebook was able to extend its life and appeal to younger users with Zuckerberg's prescient $1bn Instagram acquisition, but such a feat will be hard to pull off again - Instagram's founders eventually quit, while the toxicity of the Facebook brand makes similar sales off-putting to many. Plus the promise of Facebook stock is no longer so alluring.

Snapchat has already said no. TikTok is too big and too politically complex to acquire. And then there are the regulators, many of which now admit greenlighting the Instagram deal was a mistake, shutting the door to similar moves.

With these competitors and problems, the threat to Facebook is clear. Its grip over Web 2.0 is slipping. Users are leaving, and Zuckerberg's empire risks a slow and painful decline into irrelevance - one that could become all the worse as the company bombards remaining users with more ads in an effort to reassure investors with still growing revenues.

This will not do for a company so bent on growth that it tried to wire up entire nations simply to boost its numbers.

The vision is not a new one - as has been pointed out countless times before, the concept of the metaverse goes back decades, and can be found in sci-fi novels, video games, and networks like Second Life. Essentially it is a virtual layer (that can be accessed through conventional PCs and phones, as well as virtual and augmented reality) that is more three-dimensional than traditional web pages - basically, a video game that is less about gaming, and more about existing in a shared digital space.

But what Zuckerberg brings that prior attempts have lacked is phenomenal resources and growing desperation. Building on its $2bn Oculus acquisition, Zuckerberg is plowing $10bn into metaverse products this year alone. His hope is that he can will his way into creating a new version of the web, and maintain his position as the king of social media, burning through billions of Web 2.0 profits before the original cash cow dies.

The initial Meta announcement came suspiciously soon after Facebook needed to reset the narrative due to wildly damaging leaks of internal documents showing it was aware of harmful side effects.

Despite this, shares in the company jumped, and others noticed. Suddenly, popular videogame firm Roblox was a metaverse company. Microsoft’s $68.7bn acquisition of games publisher Activision was no longer just a savvy more to boost Xbox Games Plan subs, but a metaverse play. Disney, not content with owning childhoods, is now launching a metaverse division.

The data center industry, spotting a way to keep the eye-popping surge in outsider investment going, has jumped on the train too.

Edge computing firms are particularly excited. While the sector is steadily growing, and there are existing business cases like CDNs or industrial applications. Edge has forever been in search of the ‘killer app' that will make thousands more servers, dotted across a metropolis, essential.

Can the metaverse save the Edge?

Edge computing's growing pains are classic: It needs companies to build services for it, but that’s not going to happen until enough of it is rolled out. The hope is that some killer app will fund a rapid expansion, thus making it affordable for other products including ones we cannot conceive of until the platform exists. 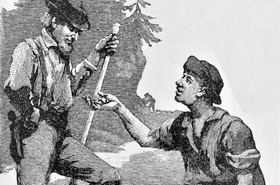 For a long time, that killer app pushed by Edge executives was self-driving cars. But continued safety concerns are holding up autonomous vehicles, and in any case the industry has wilfully ignored questions over whether such vehicles need Edge services at all. The vast majority of processing will be done within the car itself, with little need for low-latency links to nearby servers.

The next pivot was virtual reality and augmented reality. Again adoption has been slow, as has technological advancement - with high-profile failures like Google Glass and Magic Leap.

As with autonomous vehicles, most VR and AR headsets so far process the majority of workloads on the device, minimizing the need for Edge compute. But there are signs this could change. The Verge has reported that Google is developing an AR headset that will require data center processing to function.

Headsets have to give an instant response to any movements by the user, so some form of Edge appears necessary - although Google has begun investing in mid-size data centers within metropolises, and has yet to make the leap into the sort of Edge that consists of a handful of really-local servers.

Autonomous vehicles, and most VR and AR headsets, process the majority of workloads on the device, minimizing the need for Edge compute

Building an enduring business from offloaded compute is itself a risk. Google's AR decision is quite possibly just a stopgap until local compute and batteries can catch up.

Google already has compute-intensive workloads like voice recognition (in Google Assistant) and image recognition (Google Lens). These began in Google Cloud but, as mobile compute power increased, Google has begun to shift more of those processes back to the local devices reducing latency - as well as costs at its data centers.

Consumers also prefer it, as the services work in areas of no or little connectivity, and don't consume potentially costly mobile data.

This leaves the Edge in a precarious state, still in search of that great white whale, the killer app that will give the sector its raison d'être. Like Zuckerberg, Edge players are looking to the metaverse for salvation.

Even if AR and AR workloads are local, a shared universe that spans digital space and layers over reality will require constant communication and processing at a breathtaking scale.

Well, eventually. Current metaverse companies make do with far less. Roblox uses 18,000 servers across a handful of data centers. World of Warcraft relies on colocation, and is likely moving to Azure with Microsoft's acquisition of its owner Activision. Fortnite, meanwhile, runs in the cloud - on AWS.

Virtual reality-based social chatroom VRChat has job ads for people with AWS or Google Cloud experience. Rival Rec Room appears to use Azure, according to its privacy policy.

Facebook's vision of the metaverse is naturally bigger than those efforts, suggesting that its version will require vastly more compute and networking demands. This will require an investment that makes this year's $10bn injection seem paltry, demanding an industry-wide effort to build the next Internet. Edge companies hope to come along for the ride.

The metaverse may raise funds for Edge companies, but it's a bet that Zuckerberg's vision is more than just desperation

But they should be wary. Although Meta jumped in value with its reorganization, the gains were wiped out after it revealed it was still losing users. The dangling virtual carrot of a future new world to conquer was not enough to head off an investor rout that took hundreds of billions off of Facebook’s value. The company has yet to articulate any real vision of its metaverse - everything it says has been done before in now-antiquated video games, and none required the radical technological overhaul demanded by metaverse proponents.

Edge companies may yet be able to use the promise of the metaverse to raise funds, and in doing so help build a wider business on top of it that serves multiple markets.

But relying solely on Zuckerberg's ploy to reinvent his company is a risky bet that requires you to believe his vision is built on more than just desperation.