The age of artificial intelligence arrives in data centers 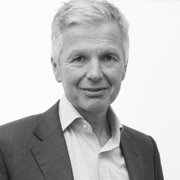 Artificial intelligence’s potential in the data center is nearly limitless, and we’ve only been able to focus on a few areas where it will bring transformational benefits

The data center is the heartbeat of any IT strategy. Any data center provider needs to ensure that they can maintain performance and fix faults before it impacts the customer. While this has worked in the past, many data centers were built for a simpler, less demanding age. As a result, some are silently struggling to cope with the demands of rapid artificial intelligence (AI) adoption.

As so often in the technology industry, this challenge provides its own solution. Data centers are increasingly harnessing artificial intelligence to improve every aspect of their operations, from boosting network efficiency to improving reliability. Everybody has something to gain from this approach - customers are assured that their business applications enjoy the most stable and reliable environment, while data center operators can meet the most demanding SLAs while improving day-to-day management.

The rise of the intelligent data center

Many data centers still retain practices that seem to be from a bygone age. For example, data centers have always been on high alert for any fault in their infrastructure, from an overheating server to a malfunctioning cooling unit. Since no-one can tell when a component will fail, this required them to have engineers on constant standby, either in the data center itself or on-call.

Compare this to far simpler machines such as automobiles or assembly lines, which can have thousands of sensors constantly monitoring every component and operation. Sensors within your car provide real-time insight into problems or failures and can even instantly alert the local dealership when they sense that a part is exceeding its tolerances.

Data centers can use exactly the same technology to monitor their vast, complex network infrastructure. For example, a facility might experience problems with its cooling units. Unless this is uncovered during scheduled maintenance, the data center would have no idea that its heat exchanger (for example) is about to fail until it fails. Then begins the scramble to repair the unit before rising temperatures start to affect IT equipment, and potentially causing damaging downtime.

Data centers are invisible to the average Internet user, who has no idea of the huge amount of energy that they consume. Data centers have an obligation to their customers -and, of course, the planet - to manage their energy usage efficiently to reduce both costs and carbon.

Here, artificial intelligence also has a crucial role to play. Even small improvements to cooling systems can have a massive impact on energy efficiency.

Data centers are some of the most secure places on the planet, but they are not invulnerable. Artificial intelligence is an invaluable weapon in the fight against cybercriminals. From the physical perspective, they can replace passive cameras with intelligent CCTV that tracks people throughout the premises and can spot suspicious behavior.

On the logical side, AI and machine learning is crucial for identifying new malware, which constantly evolves to evade traditional systems that rely on signature recognition. Artificial intelligence can not only identify suspicious traffic, but can also suggest remedies to improve security at the perimeter or within the data center itself.

Artificial intelligence’s potential in the data center is nearly limitless, and we’ve only been able to focus on a few areas where it will bring transformational benefits.

Predictive analytics can massively bring down the time taken to identify and resolve infrastructure issues, and even prevent these problems from occurring in the first place. AI also enables data centers to meet the most challenging SLAs, bring down operating costs, protect uptime - and even improve the relationship between the facility and its customers by reducing the number of incidents that require escalation.

AI will continue to consume an even bigger share of compute, network and energy for the foreseeable future.