50 years of ARPANET: The precursor to the Internet 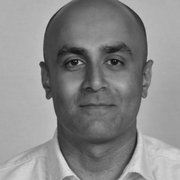 The evolution of the Internet is a given. As more devices are brought online and connected to the network, security has become more important, but also more difficult

Today marks 50 years since ARPANET carried its very first message, between two computers at UCLA and Stanford. While perhaps unremarked at the time - only ‘LO’ was transmitted instead of ‘LOGIN’ thanks to a crash – it set things in motion for everything that has followed. While we’ve come a long way from booking time on mainframes, or dialing up with a modem, the benefits of connectivity have continued to permeate our society.

The fundamental building blocks of the Internet are still in use today, whether it’s HTML or DNS, SSL or JavaScript. It’s been a case of evolution, not revolution - today’s versions of these technologies are far more advanced than those that early Internet users were interacting with.

Things have become infinitely more interactive, graphical and dynamic. With the advent of the cloud, we’ve also become used to storing data remotely and accessing it wherever, whenever. But as the Internet moves ever-further into our lives, should we be looking at a fundamental redesign, or does it simply need to become more intelligent? 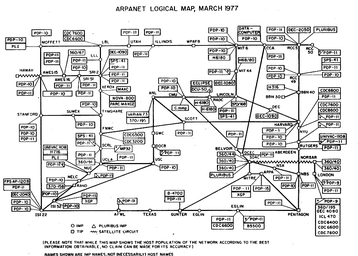 Everything on the Internet works because of protocols, all enabling a slightly different kind of information transaction to take place. Transmission Control Protocol (TCP) / Internet Protocol (IP) is probably the most fundamental, as it provides a platform for other protocols to then perform different tasks. IP is the route that all other protocols take to get from place to place – the main road as such. IP addresses can be seen as the street names and numbers of every device connected to the Internet, and they can run into the millions. This really becomes the case as the Internet of Things (IoT) moves into the mainstream and we see many more kinds of devices come online.

The mind-boggling number of devices connected to the Internet actually saw the world actually run out of IP addresses with an earlier version, IPv4, but with IPv6 this should no longer be a barrier to expanding the network ever-further, at least in theory. IP is most significant of all the protocols involved with the Internet, and if we really need to rethink how it works, it is the core technology that we would need to radically change.

While the Internet’s protocols have played a vital role in underpinning everything that has come since, it’s really the content and the possibilities they’ve enabled are the aspects that have been so transformative. Information on the Internet is created using various languages, the main one of which is HTML, but the likes of Cascading Style Sheets (CSS), and scripting languages such as JavaScript have done much of the heavy lifting in bringing content to life and support some of the most transformative experiences for Internet users, from video and animation to 3D graphics and images.

Similar to the underpinning protocols, the languages Internet environments rely on have evolved, rather than radically changed, over the past fifty years. The capabilities of HTML5, for instance, are immense compared to that of its original predecessor, but at its core, it remains HTML. As cloud-based applications have exploded in popularity, as well as their complexity, programming has become more advanced. Newer languages such as C++ and Python have come on the scene, but as voice, AI and Natural Language Processing (NLP) enter the field, it’s reasonable to ask whether they will disrupt the currently visual-dominated landscape. It also has big implications for data centers and the backend processing and storage capabilities that cloud services rely on, as the heavy lifting moves away from being done on our own devices towards the Internet.

As well as the content transformations, ever-greater numbers of people continue to benefit from connectivity itself. The speeds offered by the likes of 5G opens up interesting possibilities to make our cities smarter, but it could do enormous things in rural areas, which have often been held back by slow or even unavailable connections.

Whether it’s sharing files securely, transferring confidential information or buying online, all of these activities have become second nature thanks to connectivity. It’s also partly thanks to SSL (Secure Sockets Layer), the standard for establishing an encrypted link between a web server and browser. Being able to make traffic private has allowed the Internet to be adopted wholeheartedly by business and government, to the point where many would struggle to function without it. DNS (Domain Name System) is another part of the security conversation. DNS is a decentralized naming system, giving everything connected an identity.

Since the Internet was founded, DNS has been a frequent means for cybercriminals to take advantage of the communication routed through it. DNS attacks come in many forms, including DDoS, man-in-the-middle attacks, or even fast-flux DNS, where attackers hide sites used to deliver malware behind an ever-changing network of proxies. The usability of DNS has made it a great success, but it’s also made possible a variety of security threats.

The evolution of the Internet is a given. As more devices are brought online and connected to the network, security has become more important, but also more difficult. Cisco estimates that by 2022, more traffic will cross global Internet networks than we’ve seen in the entire 50-year history of the Internet. The next 50 years will see networks themselves become more intelligent in monitoring and mitigating cyber-attacks. But the sky-high rewards for cybercriminals will remain, and so the attacks themselves will also grow in sophistication and frequency. For the foreseeable future at least, businesses must treat proactive investment in cybersecurity as a strategic priority.

When it comes to networking, it’s been a case of evolution, not revolution. There’s an immense amount we can learn from the last fifty years. As the Internet’s optimists, there’s a lot of great things we can look back on. Connectivity has spread from a few select universities and military establishments to over four billion people globally and tens of billions of devices.

What is clear is that if we allow it, that evolution will continue, and the building blocks of the Internet will become more intelligent, intuitive and secure to support the possibilities of the next fifty years.