Slough's planning committee has approved plans to demolish a business center and build a one million sq ft data center.

The application, from Zurich Assurance, was approved at a planning meeting on Wednesday, and would result in the demolition of the buildings on the 6.5 hectare site, replacing them with a data center - along with some 60 affordable homes and shops on a strip of land along the road. The new site is five miles East of the Slough Trading Estate, the UK's biggest hub of data centers, effectively extending the Slough hub towards London. 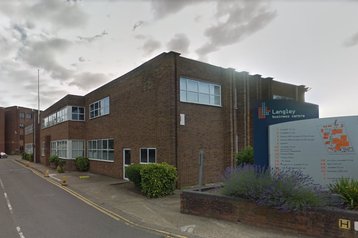 At the planning meeting, Labour Councillor Ted Plenty said the scheme was ‘a good idea’, but had some concerns that the buildings on station road might be too high, at four or five-stories, according to the Slough Observer.

The proposal also includes an energy center which could eventually support a district heating system fed by waste heat from the data center, said Robin Meakins, planning consultant for the application. It would also "provide significant contributions to the council through business rates and will reinforce Slough as the preeminent European center for the data economy with the benefits that come with this.”

DCD has asked Zurich about plans for the data center. It is not clear whether it is for Zurich's own use, or as an investment to be leased or let to others. However, the application talks of "market demand," and the possibility of multiple facilities on the site, which suggests a commercial plan to rent the data center space. Officers of the Slough planning committee recommended the application be approved, saying its proximity to the existing Trading Estate hub means it would “take advantage of the site’s proximity to digital infrastructure in form of high-speed cable that links London, Slough and Berkshire, the West of England, and Wales."

At the meeting, Meakins repeated Zurich's promise to replace any trees that are removed, and to set the data center back from the site perimeter by 30m, allowing landscaping and bee-friendly flowers. He also asserted that - once built -the data center would create less traffic than the companies operating in the Business Centre.