Zain to bring 5G to Jordan

Jordan's Telecommunications Regulatory Commission signed an agreement with the operator

Zain has struck an agreement with Jordan's Telecommunications Regulatory Commission (TRC) to bring 5G services to the Middle-Eastern country.

The agreement comes as the country gears up for the launch of its 5G services, and follows similar deals agreed with Orange and Umniah. 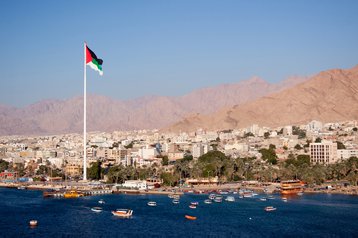 The deal was announced by Jordan's Ministry of digital economy and entrepreneurship Ahmed Al-Hanandeh, as the country seeks to modernize its telecoms infrastructure.

No details for the deal were confirmed by Al-Hanandeh, but he did say that the nation's telecoms sector has invested JOD1.86 billion ($2.62bn) to drive Jordan's economic development.

TRC signed agreements with Orange and Jumniah last month, with the government launching 10-year stimulus packages for the operators.

Based in Kuwait and founded in 1983, Zain has a commercial presence in seven countries across the Middle East and Africa; Kuwait Investment Authority and Omantel own significant stakes in the company. Zain entered an agreement with Ericsson for 5G research, and development as far back as 2016.