The 16MW facility is capable of housing 1,600 racks and features a Japanese courtyard garden

Actapio, a US subsidiary of Yahoo Japan, has completed construction of the company’s second data center outside of Japan.

The 16MW facility in Washington State was finished in February and is expected to be operational by the end of the month. 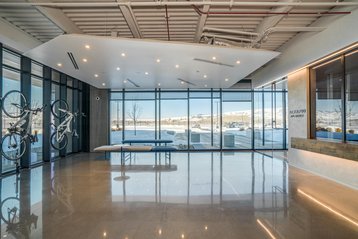 This will be Yahoo Japan’s second infrastructure project on foreign soil, following a 200-rack facility in the same state in 2014.

The upcoming data center is considerably larger and will span 9,300 square meters.

The data center has some decidedly zen flourishes to highlight the company’s Japanese roots, including full height glass partitions that open out onto a courtyard garden with a view of the cascade mountain range as well as Japanese maple and cherry trees lining the perimeter of the building.

Actapio claims that having its data center in Washington will be significantly cheaper than its Japanese facilities as electricity costs will be reduced by about 15 percent.

Yahoo Japan, which was set up as a joint venture between Yahoo and SoftBank in 1996 and built Japan’s first web portal, is the only surviving Yahoo brand, after most of the company was sold to Verizon and renamed Oath last year.