White House appoints Roger Stone as director of IT

Not that Roger Stone

The US government has officially appointed Roger L. Stone* as one of the top advisors to the president on all matters concerning technology.

Stone is a specialist in resilience, disaster recovery, and business continuity operations; his accomplishments include work on resilience policy as part of the National Security Council, and five years in executive and administrative positions at Federal Emergency Management Agency (FEMA).

Federal Computer Week discovered the appointment among a number of personnel announcements made on February 2.

Servers fit for a president 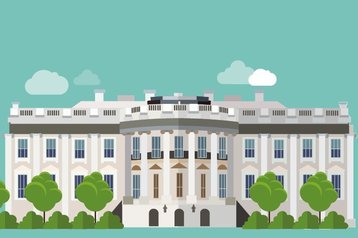 The White House got its first director of IT in 2015, with the appointment of David Recordon, previously an engineering director at Facebook.

The position was created by the Obama administration to establish and coordinate the necessary policies and procedures for operating and maintaining the IT and services provided to the President, and their office. The responsibilities include modernization of existing IT estate, and adoption of new tools.

According to FCW, Stone has been working in the White House since October, replacing Chris Herndon as the deputy assistant to the President and director of White House IT.

Hendon has since assumed the role of chief operating officer role at TechCentrics, a management consulting firm focused on technology.

*Roger L. Stone should not be confused with Roger J. Stone, the American political consultant, lobbyist and strategist who previously worked with Paul Manafort, has a tattoo of Nixon on his back, and is currently facing charges of witness tampering, obstructing an official proceeding, and five counts of making false statements.