Investors in two UK data centers won a court case this week over a dispute with the UK tax authority HMRC.

Her Majesty's Revenue and Customs argued that the investors benefited excessively from tax relief for the Cobalt Business Park facilities, which saw 675 investors contribute £79m ($102m) in 2012 in return for £131m ($169m) in tax breaks.

The scheme was developed to stimulate growth in deprived areas, but instead led to the construction of data centers in the north-east of England that were left unused for years.

Jimmy Carr gets the last laugh 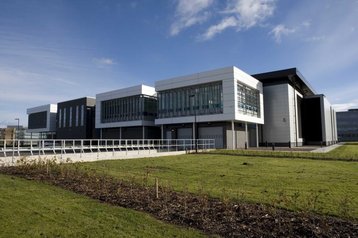 In 2016, with the data centers still empty, HMRC sent accelerated payment notices (APNs) to the investors, where they had to pay first before they could appeal. It was part of a crackdown on “aggressive avoidance,” where citizens have not committed a crime or taken part in tax evasion, but have acted outside of the spirit of the law.

There was no suggestion of wrongdoing among the investors, nor any indication that they knew that the data centers would remain empty shells.

With the investors now winning the High Court case, they may be set to receive a tax refund. "We are considering an appeal," an HMRC spokesperson said, adding that the department was "disappointed with the decision."

The data centers are now in the hands of Stellium, a company that told DCD in 2016 that it had "no connection what so ever" to original project backer Harcourt Capital. However, two of its three directors were original investors in the data centers and directors of the buildings’ developer - one of those directors has since resigned. There is no legal connection between Stellium and Cobalt Data Centres, however.

"Stellium was not involved in with the site prior to its acquisition in 2016, which was after any of these investments were made," a company spokesperson told DCD by email today. "As such it cannot comment on the sales approach, capability or ability of the previous owners and who invested in that business at the time.

Since it began operations in 2016 "it has a number of active customers and has plans to make further investments in the campus with the help of our investment partners," the spokesperson said. "Stellium is delighted with its progress to date and the reception it has received from the local authorities in the North East and the Newcastle business community."

“This investment further bolsters the position of Stellium Datacenters as one of the most modern, powerful facilities in Europe," Noel Meaney, Stellium CEO, said at the time.

"With this investment, we believe we are well-positioned to serve hyperscale and wholesale companies looking to harness the speed and resiliency of the newest subsea network linking the United States, United Kingdom, and Europe, as well as local customers who require data center services within the United Kingdom."