Better peering for customers in the Virtus site

Virtus Data Centres’ London2 facility in Hayes, Middlesex, has become a transmission point of presence (PoP) for the London Internet Exchange (LINX), which should improve performance and add network connectivity.

The agreement lets Virtus customers peer on the LINX Juniper and Extreme Local Area Networks (LANs), and gives them the option to peer with large European providers and create low latency resilient networks. It could also lure customers not currently in London2, with the offer of an alternative site for clients looking for diversity on the LINX LAN. 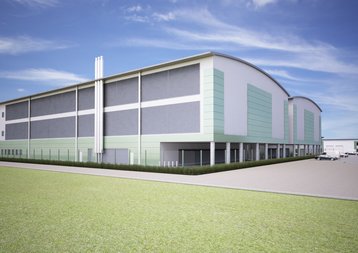 Established 20 years ago, LINX is one of the oldest indepdendent Internet exchanges, with over 670 members in 67 countries. The transmission PoP will be physically based at London2, giving customers direct access to LINX infrastructure and improving performance.

Virtus users will get the option to become LINX members, getting improved latency and resilience, as well as better transit performance and routing control, increased capacity and redundancy at lower cost.

London2 has Tier III design certification from the Uptime Institute, and uses Excool indirect adiabatic and evaporative cooling equipment to achieve a PUE of less than 1.2.

Virtus became an official LINX Virtual PoP in 2014, so customers in London1 (Enfield) and London2 (Hayes) have already low cost internet traffic exchange with the LINX network. This now upgrades that with the installation of PoP hardware in Hayes.

The London Internet Exchange (LINX) is a mutually owned membership association for operators of Internet Protocol networks. They provide a neutral interconnection facility and peering platform, known as an Internet Exchange Point (IXP), and represent the interests of their members on matters of public policy.