The company has two cryptomining data centers in development at mothballed Ontario power plants in Kapuskasing and North Bay, and is planning for more in Iroquois Falls, Northern Ontario. 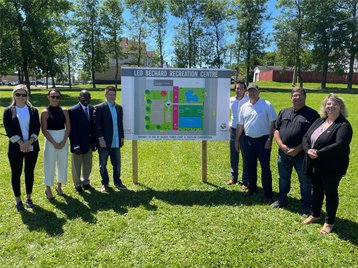 Iroquois Falls is a 120MW natural-gas-fired generating facility that launched commercial operations in 1997 and operated under a 25-year Power Purchase Agreement (PPA) with the Ontario System Operator that expired at the end of 2021.

Kingston is a 110MW natural-gas-fired generating facility also commissioned in 1997 and had operated under a 20-year PPA with the Ontario System Operator, which expired in 2017.

Validus subsequently announced plans to establish two 55,000-square foot (5,100 sqm) data centers in Iroquois Falls; the company reportedly has a 150-acre lot about two kilometers away from the co-gen plant where they will be developing the facilities, which will be powered by the plant.

The company is also planning to develop a $2 million recreation center for local residents: “Validus Power Corp, in conjunction with Tightline Construction and the town of Iroquois Falls, is proud to announce the development of the Leo Bechard Recreation Centre,” the company said this week. “This recreation center will include a splash pad, a tennis court, a basketball court, a pickleball court and an accessible playground for the community to enjoy. This project is set to commence construction spring of 2023.”

The company is yet to announce plans for a data center at the Kingston site.

Last year, Validus announced plans to develop a 32,000 sq ft (2,975 sqm) data center in Kapuskasing that will be powered by the local energy plant. It also has a 35,000 sq ft (3,250 sqm) facility in North Bay. Atlantic Power Corp. mothballed the gas-fired plants in Kapuskasing and North Bay in 2017; Validus acquired both sites last year.

Validus broke ground on a new cryptomining data center at the North Bay Power Plant site in October. The company said it was developing a facility in partnership with Hut 8 Mining Corp. Hut 8 has a power purchase agreement with Validus of up to 100MW of power, with an initial 35MW due to come online in Q4, 2021.

Like Crusoe Energy and Earth Wind & Power, Validus is also developing an Edge data center concept alongside Hut 8 that uses excess gas on pipelines to power compute facilities (mostly to mine crypto).

- Soluna Holdings, Inc. this week announced the initial funding of up to $12.5 million from funds managed by private equity firm Spring Lane Capital. The proceeds will fund the development of the initial 50MW phase of its development project in Lubbock, Texas. Known as the Dorothy project, the facility is a 100MW data center being built in phases and connected to a wind farm.

Michael Toporek, CEO of Soluna Holdings, Inc., said, "This initial funding from Spring Lane Capital enables us to begin the next phase of Soluna's development pipeline. The Dorothy project provides a mature, repeatable model that we believe can be scaled to assist partner organizations, like the Electric Reliability Council of Texas ("ERCOT"), and Spring Lane Capital come together to solve the problem of curtailed output."

The site is behind schedule and was originally due to go live in Q1, 2022.

- CleanSpark has entered into a definitive agreement with WAHA Technologies to purchase a cryptomining data center in Washington, Georgia for $16.2 million. The site is currently 36MW, expandable to 86MW.

“We are excited to expand our footprint in Georgia,” said Zach Bradford, CleanSpark’s CEO. “The market has been preparing all summer for consolidation, and we are pleased to be on the acquiring side. Our focus on sustainability and maximizing value for our stakeholders have put us in a unique position to take advantage of the unprecedented opportunities that the current market has created. We are especially excited to be working with the citizens of Washington, GA, who have been so welcoming to us. We look forward to maintaining and growing jobs and infrastructure at our new campus in Washington.”

“We started our first Bitcoin mining business in Washington, Georgia, because they had idle infrastructure and excess power,” said Chris Bissell, CEO and co-founder of WAHA Technologies. “We are proud of what we brought to their community and are very excited to pass the baton to CleanSpark, which will elevate the ability to help the City of Washington thrive.”