This is the end, my only friend request, the end
Of our elaborate plans, the end

It’s all over for the potential Facebook data center in Utah, after a vote on $260 million of tax incentives for the facility shot it down.

The news has been welcomed by New Mexico, which was competing with the state for the privilege of hosting Facebook.

Of everything that stands, the end 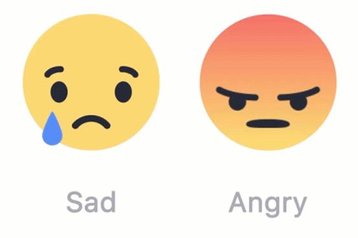 Project Discus was the name Facebook used for the facility.

While West Jordan City’s Council and Jordan School District unanimously voted for the agreement, Salt Lake County, SLC’s Mayor and The State School Board voted against it. A two-thirds vote in favor was needed.

The State Board of Education voted to approve a scaled-down $100 million in tax break plan, but Facebook reportedly turned it down. State school board members including Stan Lockhart met with the Internet giant to try to meet an agreement.

Lockhart told The Salt Lake Tribune that it was not the company’s fault that the company was offered unprecedented incentives behind closed doors, without other tax entities being included. He said: “I had to apologize to them… Essentially, they’ve been used as a political football, as far as I can tell.”

He added: “Someone who thought they had the authority… made them an offer that is just too rich. It is just too much in terms of setting a precedent for future deals. I really believe that we’ve blown it as a state.”

Facebook had, however, heavily lobbied for tax incentives while keeping its name secret, a move that itself caused some controversy.

“This was the largest tax incentive ever offered in Utah history, and the skids were greased, and I felt it was important that the public have a chance to look at it,” Salt Lake County Mayor Ben McAdams said.

“It was a bad deal that would set a precedent that would harm our state in the future.”

He continued: “The incentive that was offered was too rich by an order of magnitude, and four other cities in the county looked at it and walked away long before this incentive was ever reached. It needs to pass a cost-benefit analysis, and this one wasn’t even close in my book.”

The four other cities are thought to be West Valley City, Herriman, Riverton, and South Jordan.

West Jordan Mayor Kim Rolfe said that the city had been in the middle of negotiations with two other high-tech businesses, but the talks relied on Facebook building its data center in Utah.

“We’re not going to stop trying to negotiate for economic development in our city,” he said. “How we go about it and how we structure it may be different because we won’t let nontruths negatively impact a project that we’ve worked so hard on.”

In its press release, West Jordan City said: “The process to recruit top businesses to our state — and other states across the country — includes incentives. If you want to attract an all-star player, you have to offer a competitive package. Unfortunately, the long courtship of this company has had a negative impact on the working relationships of the several state and local entities involved, which must be repaired for the good of all citizens of Utah.”

The extent of the competitive package proved too high, but was originally proposed to try to compete with New Mexico, which West Jordan said “has opened its doors” to Facebook. “New Mexico rolled out the red carpet,” West Jordan City Manager Mark Palesh told KSL.

“Every entity they have offered an incentive we couldn’t even begin to meet. Our state was the antithesis of that. The city welcomed them with open arms, but virtually no one else did.”

New Mexico’s Los Lunas Village Council authorized up to $30 billion in industrial revenue bonds for the data center, in a series of six IRBs worth up to $5 billion each. To get the tax deal, all Facebook has to do is make annual payments beginning at $50,000, eventually increasing to $100,000.

Facebook has yet to comment on whether Utah’s decision guarantees it will choose New Mexico, but Jon Barela, the state’s economic development secretary, called the news “a good sign,” the Albuquerque Journal reports.