A nuclear power plant that could supply a data center

The US Nuclear Regulatory Commission will be certifying the NuScale small modular reactor (SMR) design for use in the United States.

The ruling means that the NuScale design is considered safe for use in the US. The NuScale modular reactor has been suggested as a potential on-site power source for large data centers. 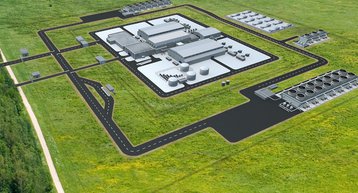 The certifications will be effective 30 days after the NRC publishes the rule in the Federal Register.

Small modular reactors are seen as a potential future for the nuclear industry, providing nuclear fission reactors which are smaller than most nuclear projects to date, and which can potentially be constructed in factories.

These small nuclear power plants could potentially be used in data centers where an on-site power supply is required, say proponents, which also include Rolls-Royce in the UK

Because SMRs use a "cookie cutter" design, these reactors can also theoretically jump safety certification hurdles more easily, with one approval for the design being applied to multiple installations.

The NRC certification is an example of this. Power plants using the NuScale design can simply refer to this certificate for basic safety approval, and then deal with any site-specific safety and environmental issues.

The NRC approval is for a 600MW NuScale design composed of twelve 50MW modules, which was submitted for approval back in 2016. NuScale says that installations can be increased by adding extra power modules. 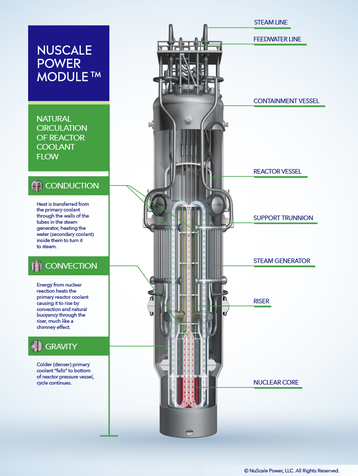 NRC notes that the design uses natural, “passive” processes such as convection and gravity for operation and for safety features. All 12 modules are submerged in a safety-related pool built below ground level.

Speaking to DCD last year, NuScale described a somewhat larger 924MW design, made up of twelve 77MW power modules, each of which is an integral pressurized water reactor (PWR).

Dean continued: “NuScale is actively pursuing projects around the world. We have memorandums of understanding for the deployment of NuScale SMRs in 11 countries.”