Operating a data center can be difficult. Operating it at sea is a lot harder

The US Navy hopes to make operating its onboard data centers and networks simpler, and make troubleshooting errors easier.

The military division is seeking information about "state of the art/novel technologies, approaches, or processes" that make life at sea for IT technicians a little less difficult.

404 error, the website you are trying to reach is seasick 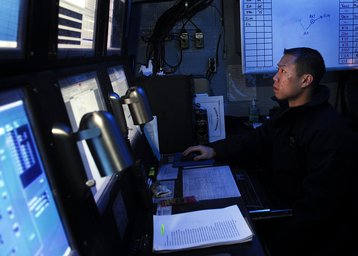 In a presentation to potential contractors, attended by DCD, officials said that the Navy is internally looking at how to reduce the complexity of the networks and data centers on their vast fleet of different ships.

In an unclassified Zoom briefing, C4I Department chief scientist Richard Anderson explained the current difficulties faced by the US Navy.

“Each ship has a unique configuration, different versions of software, and ship availability is a big challenge for doing upgrades. [There are] different applications running on different ships.”

Management of those networks often requires advanced skills, Anderson said. “[In a] typical data center, you're going to have a staff of certified network engineers and certified virtualization engineers, a lot of those with college degrees and underlying software engineering abilities.”

But in the Navy, the same work has to be done with a much smaller team, who often have several other mission-critical jobs (some of which can be seen in a glitzy Navy IT video embedded below). Skillsets vary wildly, with some receiving limited training on specific, sometimes proprietary, systems.

Those systems are updated infrequently, with ships sometimes docking for an extended period just a couple of times a year - at which point there is a whole host of upgrades and repairs that can take precedence. When they're out at sea, connection to the mainland can be spotty, and it would be inadvisable to develop any system that required a stable link to the mainland. 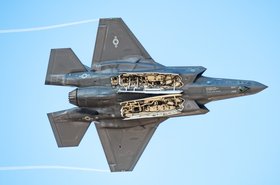 “So it makes maintaining an educated, skilled environment for a specific system very challenging,” Anderson said. In serious system failure cases, the Navy is sometimes forced to bring a specialist on board to fix the problem, which is less than ideal, especially if the ship is in the middle of a critical mission.

“We're hoping we can get to the point where the system would recommend potential fixes more quickly,” Anderson said. “What we're looking for is a system that will pull data from the available tools, even from system logs, from the operating system, and be able to understand where the issues lie and the potential fixes from that.”

With this in mind, the Navy posted a request for information from commercial operators and research institutions for potential solutions to this problem. “We have a pretty good idea of what we would like to see, but we don't know everything,” NIWC’s Michael Merriken said on the call.

“So this is an opportunity for y'all to help educate us with some of the latest and greatest technologies that are out there.”

That feedback is planned to be used for an eventual request for proposals and contract with one or more vendors. The intellectual property will be retained by the commercial organization, who will be free to market it elsewhere.

The officials were careful not to say anything that would predispose contractors to a particular approach, but admitted that artificial intelligence and machine learning systems would likely prove a viable avenue for exploration.

"I don't want to drive anybody to a solution," Anderson said, "[but] I actually got the idea [for this] from knowing about a project the Marine Corps is currently working where [they are] using natural language processing to improve the ability of Marines to be able to troubleshoot using their tech and their systems. "

Looking further ahead, Merriken added: “We're looking at solving not just current naval problems, or problems like this for complex networks, but also in the future as more devices and systems become autonomous, they're going to have to be able to operate independently.

“So we're thinking downstream also that this could be for autonomous vehicles, autonomous systems that involve complex networks that have to be able to be maintained without an IT specialist overlooking the entire process. It's looking at not just solving some current issues that we see out there, but also topics that we know are going to be of importance here in the future.”