The Endless Frontiers Act is aimed squarely at competing with China

A bipartisan group of US lawmakers have proposed giving the National Science Foundation $100bn in additional funds over five years, along with an extensive overhaul.

The legislation would make the NSF closer to the military's DARPA, greatly expanding its research potential - but, critics warn, it could compromise the agency's ability to conduct long term basic scientific research without worrying about immediate commercialization or political intervention. 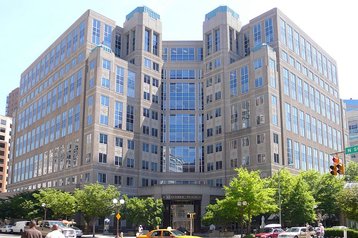 The Endless Frontiers Act (S. 3832) - spearheaded by Democrat Chuck Schumer (NY), and co-sponsored by Todd Young (R-IN) in the Senate, and Representatives Ro Khanna (D-CA) and Mike Gallagher (R-WI) in the House - would see the majority of new funds spent on no more than 10 “key technology focus areas."

A technology directorate would control where the funds went, and regularly update the focus area, with a plan to set up university-based technology centers that could develop prototypes of high-tech products and processes that companies could eventually bring to market. There would also be investments in education, training, technology testing sites, and basic research budget increases. The Department of Commerce would also be compelled to spend $10 billion on 10 to 15 regional technology hubs outside the country's existing tech capitals.

The NSF would retain its existing annual $8bn budget for its other work.

“These funds - which complement, not supplant, existing resources, an important condition - build on the NSF’s strengths and would fill gaps in our research enterprise, while allowing the foundation’s curiosity-driven research to continue to thrive,” Rafael Reif, president of the Massachusetts Institute of Technology, told Science. Reif was previously consulted by Schumer when the bill was being drafted.

But Arden Bement, who led NSF from 2004 to 2010, told the publication that it "would be a mistake for a technology directorate at NSF to serve as an offset to private funding for commercial innovation and entrepreneurship. Federal funding for applied technology research and development should be need-based and channeled through mission agencies.

While not explicitly mentioned, the bill is thought to be in response to growing tensions with the increasingly-technologically advanced China. “The country that wins the race in key technologies - such as artificial intelligence, quantum computing, advanced communications, and advanced manufacturing - will be the superpower of the future,” Schumer and Young write.

But the Endless Frontiers Act will likely struggle in a Congress focused on in-fighting, the ongoing Covid-19 pandemic, growing recession, and the coming election.