Following DeepMind’s win at Go, Chinese politicians have seen a vision of the future

China has unveiled plans to become the world leader in artificial intelligence by 2030, hoping to build a domestic industry worth nearly $150 billion.

The State Council of the People’s Republic of China released a development plan, promising ambitious investment in AI research in an effort to reach parity with the rest of the world by 2020, make “major breakthroughs” by 2025, and secure dominance by 2030.

Investing in the next step 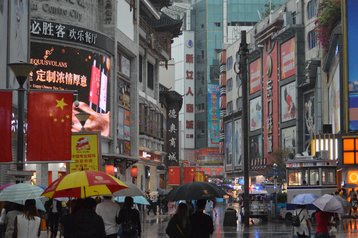 Two academics who consulted with the government about the effort told the New York Times that the country is preparing a multibillion-dollar national investment initiative to support “moonshot” projects, start-ups and scientific research into artificial intelligence.

Local governments have quickly followed the national push, with some earmarking hundreds of millions of dollars for AI funding.

Last month, the government of Tianjin took things a step further, announcing plans for $5 billion in funding for the AI industry, and the creation of a 20 square kilometer ’intelligence industry zone.’

While the Chinese government has been pursuing progress in AI with increasing aggression, the impetus for its most recent moves may be down to Google.

The unnamed academics told the Times that the victory of an AI created by Google subsidiary DeepMind over Lee Se-dol at the board game Go in 2016, and subsequent defeat of world champion Ke Jie of China this May, crystallized the importance of AI in the minds of Chinese politicians.

Comparing the effect of the AI’s victory on Chinese statesmen to that of the Soviet Union’s launch of Sputnik on the US government, the professors said it has led to funds being pumped into the field.

But while a US corporation may have been responsible for catalyzing Chinese innovation, America itself may be stepping back. Under the Trump administration, funding for scientific research has been slashed, including in areas that impact the progress of both AI and high performance computing.