US government postpones Huawei ban for another 90 days

This is the third extension given to Huawei

The US Government has again postponed its ban on Huawei, giving the Chinese giant another three-month license to do business with US companies. The US Commerce Department filed documents today which extend a 90 day reprieve to the company.

The summary of the Department's statement reads as follows: “The US government has decided to extend through February 16, 2020, the temporary general license to Huawei Technologies Co., Ltd. and one hundred and fourteen of its non-U.S. affiliates on the Entity List.

“In order to implement this decision, this final rule revises the temporary general license to remove the expiration date of November 18, 2019, and substitute the date of February 16, 2020.”

In May, President Trump ordered US authorities to restrict the purchase of equipment from Chinese companies. Huawei and its subsidiaries were quickly granted licenses to continue working in the US for 90 days, due to end in August. However, Commerce Secretary Wilbur Ross provided a second extension to ensure network providers had the chance to swap to a different telco in time for the ban.

The delay was meant to end this week, but the US has now granted its third extension. The ban is now set to take effect after February 16 unless it is again extended.

The hard way or the Huawei

Huawei hasn’t been having an easy time with the Americans. Aside from US sanctions, the Trump Administration has lobbied foreign countries to stop using Huawei amid its rollout of 5G technologies.

While visiting London, US Secretary of State Mike Pompeo said: “This is a discussion that extends far beyond technology and trade. Insufficient security will impede the United States’ ability to share certain information within trusted networks.

“This is what China wants - to divide Western alliances through bits and bytes, not bullets and bombs. We know 5G is a sovereign decision, but it must be made with the broader strategic context in mind.”

Huawei has faced such accusations for years: in 2005 the American-based RAND Corporation said the company had "clear ties to the Chinese [government]." And in 2012, a House of Representatives report claimed Huawei posed a “national security threat” to America.

In 2018, the US Department of Commerce also temporarily banned American companies from doing business with ZTE, another Chinese tech firm. The department claimed it sold equipment containing US tech to Iran and North Korea between January 2010 and April 2016. 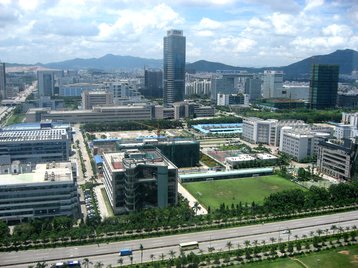 As proof, a 2011 internal ZTE document was released by the US government which included proposals to circumvent American embargoes against Iran, Sudan, North Korea, Syria, Cuba, as well as partial sanctions against Ethiopia and Myanmar.

The document repeatedly referred to another company, codenamed F7, which ZTE said was doing similar business deals with those US-sanctioned countries. F7 used an IT company with strong credibility as the front party to sign contracts with its customers in those nations. ZTE also gathered competitive intelligence on the compliance officers and lawyers hired by F7 in head offices as well as in branch offices to handle export embargo circumvention, including the salary offers.

The document then suggested ZTE should follow in F7's footsteps. While it is never explicitly mentioned, it is clear from the document that F7 is Huawei.

In the Trump era, the US-China trade war has hit the Asian tech titan hard. Business partners have been alienated from selling Huawei any US tech.

In the past year Arm, the Japanese owned UK firm, cut ties with Huawei following the ban and Huawei’s place on the Entity List. Britain's BT Group also decided to remove Huawei equipment from its core 4G network, banning Huawei from bidding for supply contracts in the telco's 5G network.

BT will, however, continue to use Huawei's kit in what it considers to be less sensitive parts of the network, such as equipment on masts.