The US Department of Justice is pressing charges against Taiwanese United Microelectronics Corporation and Chinese Fujian Jinhua Integrated Circuit, along with three individuals, all of whom allegedly conspired to steal trade secrets relating to memory manufacturing from American chipmaker Micron.

The companies could face fines of more than $20 billion, and the people accused could face 15 years in prison and up to $5 million fines, if convicted.

The move follows a ban on US companies selling components or providing services to Jinhua, announced earlier this week, for the same reason. 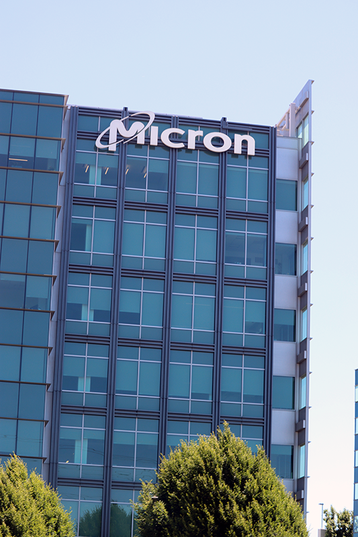 A grand jury indictment from the US District Court for the Northern District of California claims that UMC, Jinhua and the individuals Stephen Chen, JT Ho and Kenny Wang all worked to steal up to $8.75 billion in trade secrets from Micron.

Jinhua "was established in February 2016 in the Fujian Province of China for the sole purpose of designing, developing DRAM," the indictment stated. "Jinhua was created with US$5.65bn in funding provided by the PRC government and PRC government entities. Its two major shareholders were Electronics & Information Group Co., Ltd. and Jinjiang Energy Investment Co., Ltd., which were state-owned enterprises."

With the Chinese state desperate to develop its own DRAM technologies, and Jinhua unable to create them, the company allegedly turned to nefarious means. The indictment claims that it enlisted Chen, Ho and Wang, employees of Micron Memory Taiwan (MMT), to steal documents from the company, in return for lucrative job offers at semiconductor foundry UMC.

Among the items copied to USB drives, and in some cases uploaded to Google Drive, are documents "including trade secrets pertaining to the prior, current, and future generations of Micron's DRAM technology, including the 80 (30nm), 90 (25m,), 100 (20nm), and 110 (1Xnm) series DRAM."

Micron's senior VP and general counsel Joel Poppen said: "We appreciate the US Department of Justice's decision to prosecute the criminal theft of our intellectual property. Micron has invested billions of dollars over decades to develop its intellectual property. The actions announced today reinforce that criminal misappropriation will be appropriately addressed."