A research paper on decarbonizing the power grid in the Northeastern US has suggested a two-way power trade to keep energy costs low.

In the briefing paper, it says consideration should be given by US states to export their renewable electricity to Canada in times of surplus, and then import hydropower from Canada when power is intermittent, offsetting costs.

As first reported by Bloomberg, the paper was written by Emil Dimanchev, Joshua Hodge, and John Parsons of the MIT Center for Energy and Environmental Policy Research.

“We find that, in a low-carbon future, it is optimal to shift the utilization of the existing hydro and transmission assets away from facilitating one-way export of electricity from Canada to the US and toward two-way trading of electricity to balance intermittent US wind and solar generation," the paper reads. 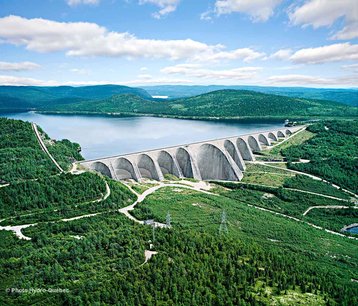 The paper uses capacity expansion and modeling to simulate the planning and operation of a power system encompassing New England, New York, and Quebec. The paper's model looks at the power grid, as what it will look like in 2050.

All of the findings are based on the premise that appropriate infrastructure, such as power lines, are in place first. The report found that major savings could be made with optimal use of US-Canadian transmission lines as renewable power solutions can provide power all year round.

“Two-way trading helps balance renewable intermittency at multiple time scales ranging from daily to seasonal," the paper states. "These results suggest that the optimal utilization of Quebec’s hydro capacity in a low-carbon future is as a virtual energy storage resource for the Northeast, rather than as a generation resource.”

Supposedly, this allows power costs across New England and Quebec to be 5-6 percent lower than if transmission flows are just limited to north-to-south.

The cost of such a two-way system would supposedly deliver net savings for states that have decarbonized beyond 90 percent.

It is estimated savings across New York and Quebec would be around $3/MWh (12 percent) and $8/MWh (23 percent) respectively.