Claims that Russia poses a threat to UK Internet connectivity

In the Ministry of Defence's newly published defence command paper, the department reiterated claims about Russian threats to the country's cables. The UK plans to increase its military spend, as well as reverse decades of slow nuclear disarmament by increasing its stockpile. 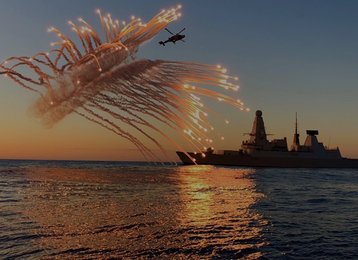 The Navy will build a Multi-Role Ocean Surveillance ship by 2024, which will include a bevy of sensors and a number of remotely-operated and autonomous undersea drones.

"Our adversaries look to our critical national infrastructure as a key vulnerability and have developed capabilities that put these under threat," Defence Secretary Ben Wallace said. "Some of our new investments will therefore go into ensuring that we have the right equipment to close down these newer vulnerabilities."

The Integrated Review, seen as the most aggressive reassessment of Britain's place in the world since the end of the Cold War, claims that "Russia is investing in and developing significant underwater capabilities, including deep-sea capabilities which can threaten undersea cables, as well as a torpedo capable of delivering a nuclear payload to coastal targets."

Russia's Yantar class intelligence ships and auxiliary submarines are believed to have the equipment capable of cutting submarine cables, with Yantar in particular also thought to be able to surveil them.

Allegedly an ‘oceanographic research vessel,' Yantar has a habit of loitering near submarine cable routes.

The AS-12 Losharik nuclear submarine is also thought to be capable of tapping cables, but is best known for a 2019 fire that killed 14 on board. It is not known what the vessel was doing 60 nautical miles east of Norway at the time.

Last year, The Sunday Times claimed that Ireland's security services suspected Russia of sending intelligence agents to the country to map the precise location of submarine cables and landing stations - but no evidence was presented.

Similar claims of Russia's threats to submarine cables were dismissed by the Russian Embassy, UK, as an attempt to drum up support for military funding. "Instead of discussing European security, an important issue for all the European nations including UK, London keeps speculating on numerous mind-boggling scenarios of a hypothetical conflict. The reasons look obvious – but even if the UK military needs money so badly, why intimidate people this much?"