The UK​ government's Shared Business Services (UKSBS) organization has signed a contract with EkkoSense to monitor its data center.

UKSBS was established in 2007 by the UK Research Councils and provides HR, payroll, finance, procurement and IT services to UK research and innovation bodies. 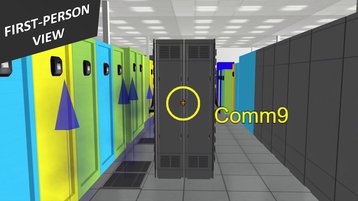 In a government procurement notice published in December, the UKSBS said: "UK Shared Business Services Ltd (UK SBS) had a requirement for the supply of a monitoring and optimisation software for critical infrastructure. This has been sourced via the single quote with justification procedure."

The contract to monitor the facility at North Star House, Swindon, is worth £10,044 ($13,657) over two years. EkkoSense monitors data center equipment and optimizes energy use while keeping the equipment in a favorable environmental range.

After a year long trial at its data center in West Drayton, Digital Realty's Interxion in 2020 announced that it would offer EkkoSense's energy optimization service to its enterprise customers in EMEA.

EkkoSense said it would use the debt investment to expand in North America, Europe, Asia Pacific, Latin America, and Africa.