Countries join US, Canada, New Zealand, Japan, and Germany on pledge not to blow up satellites and ruin space

The UK and South Korea have pledged not to conduct direct-ascent anti-satellite (ASAT) missile testing.

First reported by SpaceNews, the two countries join the US, Canada, New Zealand, Japan, and Germany on the initiative, which is designed to ensure space remains non-militarized and sustainable. However, of those countries, only the US has previously demonstrated anti-satellite weapons capabilities. Other nations with confirmed ASAT capabilities, including Russia and China, have not yet joined the pledge. 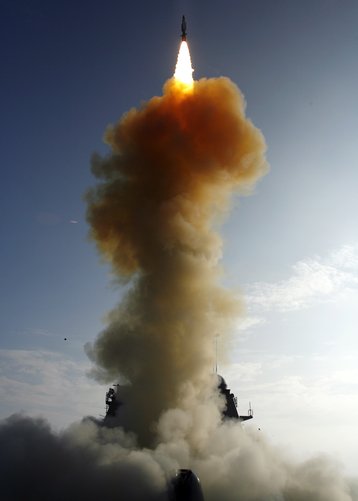 “The Republic of Korea commits not to conduct destructive direct ascent anti-satellite missile testing, following the US announcement in April,” said Hwang Joon-kook, South Korea’s permanent representative to the United Nations, in an Oct. 4 speech at the U.N. First Committee’s third plenary meeting. “We call on other states to join the relay of this commitment.”

The UK government announced its decision in an Oct. 3 statement jointly issued by the foreign ministry and the UK Space Agency.

“The UK has today, 3 October, announced that it commits not to destructively test direct ascent anti-satellite missiles, as part of the UK’s enduring efforts to promote responsible space behaviors,” the statement reads. “Given our increasing security and socio-economic reliance on space, we believe that destructive testing of direct ascent anti-satellite missiles can be conclusively regarded as irresponsible.”

ASAT weapons – usually customized missiles launched from the ground or high altitudes via planes – can create huge debris clouds when tested on in-orbit machinery. Even a small piece of debris traveling at thousands of miles per hour in orbit can damage or potentially destroy other satellites.

In April the US announced it would ban direct-ascent ASAT missile tests that create orbital debris. The US has long been one of the leading developers of space-centric weaponry, conducting the first ASAT tests in the late 1950s and having conducted at least three ASAT tests that have created debris; two in the mid-1980s and one in 2008.

“These tests are dangerous and we will not conduct them,” Vice President Kamala Harris said at the announcement of the self-imposed ban.

Canada joined the initiative in May, New Zealand in July, and both Japan & Germany joined last month. SpaceNews said more countries are expected to join as the US ramps up efforts to promote the ban.

A destroyed satellite can cause a cascade; each trackable piece of debris can potentially destroy another satellite, which in turn can create more debris that can destroy other satellites. Kessler Syndrome warns of a scenario where an excess of space debris begins to collide uncontrollably with satellites, causing an unstoppable cascade of collisions and debris that could render orbits unusable by satellites or manned missions for generations.

The Secure World Foundation (SWF) estimates there have been around 16 debris-creating ASAT weapons tests in history. The US, Russia, China, and India have all demonstrated ASAT capabilities, with five such weapons tests occurring since the turn of the millennium. 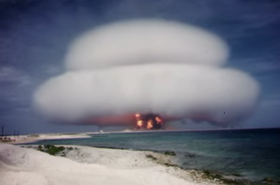 China’s 2007 remains the most damaging in terms of debris pieces created, with more than 3,500 pieces tracked at the time and at least 2,000 still in orbit more than a decade later.

The most recent ASAT test was conducted by Russia last year; the defunct Cosmos-1408 spy satellite was destroyed by a missile, creating a large debris cloud of more than 1,000 pieces. The move drew a sharp rebuke from US officials and created tens of thousands of conjunction alerts with other satellites.

At the same time, a recent report from the Aerospace Corp. warned commercial space actors to risk getting caught in the crossfire during the international conflict, either as a result of helping an enemy or if a satellite is misidentified as a military system. This has led to US defense and intelligence agencies discussing how they might compensate satellite companies if their spacecraft is damaged during an armed conflict.

While signal jamming is common, there have been no open attacks by nation-states against satellites operated by other countries. However, during a recent UN United Nations working group meeting on reducing space threats, a Russian representative warned commercial satellites could become “a legitimate target for retaliation” in the future if used to support military operations.