A Twitter data center was brought offline by California's extreme heat wave, as equipment shut down during record temperatures.

The company avoided an outage by transferring its workloads to its data centers in Atlanta and Portland, but said that if either of them had failed the social media website would have gone too. 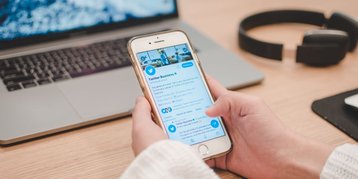 "On September 5th, Twitter experienced the loss of its Sacramento (SMF) data center region due to extreme weather. The unprecedented event resulted in the total shutdown of physical equipment in SMF," Carrie Fernandez, Twitter's VP of engineering, said in an internal message seen by CNN.

"All production changes, including deployments and releases to mobile platforms, are blocked with the exception of those changes required to address service continuity or other urgent operational needs."

The issues come after Twitter whistleblower and former head of security Peiter "Mudge" Zatko claimed that the company had "insufficient data center redundancy," adding that "even a temporary but overlapping outage of a small number of data centers would likely result in the service going offline for weeks, months, or permanently." Twitter has disputed his claims.

After a three-year drought, California is experiencing a devastating heat wave, that is straining the grid, putting the unhoused at risk, and making forests more prone to fire. Verizon was forced to rely on backup power to keep its network online in the state.

The heatwave, made more likely and more powerful due to man-made emissions, comes as much of the world recovers from one of the worst summers on record.

The unprecedented heatwaves have impacted infrastructure around the planet, including data centers.

Last month, Google and Oracle data centers in the UK shut down due to record temperatures, causing widespread outages (among them this very website).

Update: There are only a handful of data center operators in Sacramento large enough to fit the bill - QTS, Prime Data Centers, and NTT. We have contacted each company for comment and will update this article as we hear back.

NTT told DCD in a statement: "Throughout last week’s extreme hot weather conditions in California NTT’s data centers remained operational, with 100 percent uptime and no disruption or outages for any of our clients. As the energy situation became more urgent, NTT worked closely with SMUD and the energy commission to move its data center load to back-up generators to reduce demand on the grid, freeing up critical energy resources for others."