The Park Chronicle reports the company had an opening ceremony for the facility on Broncos Parkway at the end of August. 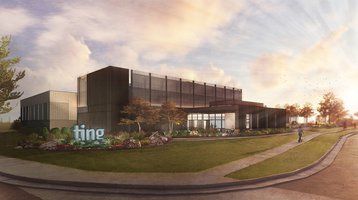 According to DCI Engineers, the Ting data center is a single-story facility containing two data centers with supporting electrical spaces, a warehouse to support fiber optic installation, and office space.

Ting Internet, a division of tech company Tucows, first introduced its fiber Internet to Centennial in 2018. The opening of the data center allows customers to access the Internet faster, according to Mark Gotto, the company's city manager for Centennial.

“It also strengthens our redundancy; if one fiber path goes down, we now have another path,” he added.

Launched in 2012, Ting Internet provider fiber services across a number of cities in the US, and is owned by Canadian ISP Tucows. Last year, Tucows partnered with DISH, which then acquired Ting Mobile’s assets.