Utility Thames Water has launched a probe into the water use of data centers in the UK's capital, London.

The investigation comes as Thames Water readies a hosepipe ban for as many as 15 million customers due to a lengthening drought.

The probe includes Slough, technically just west of London, which is home to the largest concentration of data centers in Europe. 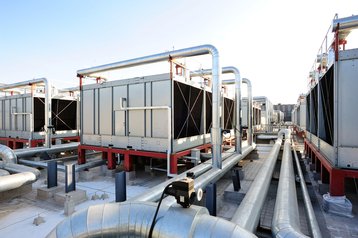 “It isn’t necessary for data centers to use drinking quality water for cooling. We want to look at how raw, non-drinking water can be used and reused,” John Hernon, strategic development manager at Thames Water, told the Financial Times.

He claimed that a newly proposed data center in Slough had applied to use 25 liters a second, but the utility pushed back and was able to reduce demand with more on-site water storage.

The Conservative chair of the House of Commons environment, food and rural affairs select committee, Sir Robert Goodwill MP, has called for a regulator or government-led investigation into the impact of data centers on water supplies.

“As more and more data centers spring up we need to figure out what their demands will be and what the impacts will be on other consumers,” he said.

But reducing water usage will be a challenge for an industry with significant cooling demands. Using less water could mean using more electricity.

That, too, poses a problem. In July, the Greater London Authority said that new housing projects in West London could be blocked for more than a decade, because data centers have taken up all the electricity capacity.

Thames Water's “targeted exercise” to focus on data centers comes as the company comes under fire for losing more than 600 million liters of water a day - nearly a quarter of its daily supplies.

Like much of Europe, the UK is experiencing its worst drought in 50 years, putting pressure on consumers, industry, and the natural environment. Earlier this month, North Holland discovered that a Microsoft data center was consuming tens of millions of liters of water more than previously disclosed.