Thésée DataCenters has inaugurated its first data center in Aubergenville, in the Yvelines area of France

The TDC01 facility, to the northeast of Paris, has 6,000 sqm (64,500 sq ft) of floorspace across two rooms. It has been certified Tier IV by the Uptime Institute.

Thésée DataCenters president Christophe Bouniol told local press this week that the company plans to have six buildings and more than 30,000 sqm (323,000 sq ft) of floor space across a three-hectare site.

The company plans to construct a new building every 18 to 20 months, with the total investment in the site reportedly reaching €100 million ($118.8 million). It reportedly invested €15 million ($17.8 million) for the first phase of development, with construction beginning in February 2020. 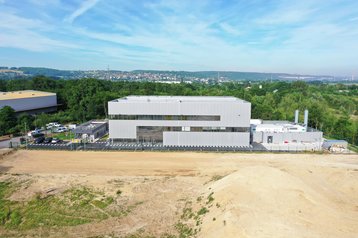 Thésée DataCenters is funded by Groupe IDEC Invest, the real estate investment wing of French engineering firm Groupe IDEC, and French bank Banque des Territoires. Both companies have a 24.9 percent stake in the company, while a network of French banks have also supported funding for this project.

Like many European providers, the company is promoting data sovereignty as a benefit of its services; “We escape the law of the Cloud Act, this reassures local communities, administrations, and interests customers in security to follow up on ANSSI's desire to keep the data of French companies in French data centers,” said Bouniol.

The facility relies on indirect free cooling technology and an adiabatic process. Prior to construction, a digital twin was designed by HPE and Wattdesign. The digital twin is reportedly still available to customers to help optimize server location.

French hosting company SAFEO has been announced as a customer of TDC01. Customers will begin moving in from August.

There have been plans to develop a data center on the site since 2017, but there were delays in construction due to sulfur pollution in the ground.