Tencent will start to build a data center this June in Chongqing, Sichuan Province in Midwest China.

The Chongqing Data Center will be Tencent’s first large cloud facility in Midwest China, said Yuepeng Qiu, the VP in charge of Tencent’s Qcloud cloud arm, in his keynote speech at the 2015 China(Chongqing) International Cloud Exposition, according to cnetnews. 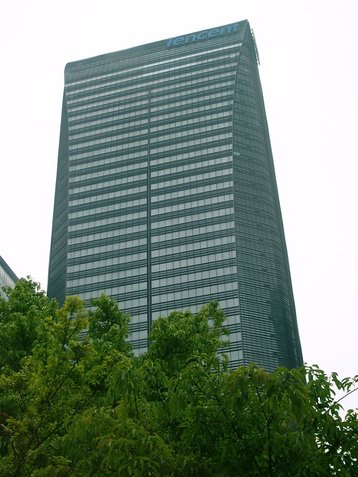 The site will be one of four large data centers operated by Tencent, with the other three operating in Tianjin, Shanghai and Shenzhen respectively.

Located at the Shuitu Hi-tech Industrial Park in Liangjiang New District in Chonqing, the project covers an area of about 16.5 acres, and will be built in two phases at a cost of $1bn.

Phase 1 of the project, which will be launched this June, will bring online 100,000 servers upon completion. Once fully completed, the facility will be capable of hosting 300,000 servers.

The new data center will serve Tencent ’s own cloud needs and provide high-quality cloud services to users in the Midwestern part of China, and across the whole country.

The Chongqing Data Center is part of a strategic cooperation agreement for cloud  between the Chongqing Municipal Government and Tencent.

According to the agreement, Tencent will set up in Chongqing a new company with an independent accounting system and a registered capital no less than $30m. The new company will focus on constructing, operating, maintaining, and operating the cloud data center and related R&D center, as well as exploring other possibilities for cooperation between the two parties.

Chongqing and Tencent will conduct their cooperation based on the strategy of “1+1+4”, which refers to one platform, one base, and four expansions. That is, Tencent will build in Chongqing a high-tier cloud data center, a R&D Center, and expand activities in open platforms, e-commerce, big data and related applications, and industry support and incubator fund, all of which are aimed at developing a sound cloud ecological system at both the downstream and upstream level.

Huateng Ma, CEO of Tencent, once said the Chongqing data center stands as an important cooperation project between an internet company and a local government, and it will not only help Tencent to improve its data center deployment nationwide for meeting future demand, but also enable Chongqing to promote the development of its cloud industry.

Sources from Tencent said Qcloud will share resources with Tencent’s Chongqing center, ensuring users of Qcloud will have the same infrastructure support and security protection enjoyed by Tencent’s other businesses.

Tencent is also deploying cloud nodes internationally. Sources from Tencent said, after the opening of its Hong Kong data center last year, Tencent has completed its data center in North America, and will bring it online late this April.