Its second in the suburb of Blanchardstown

TelecityGroup has announced that Phase I of construction of its fourth data center in Dublin is expected to be complete in the summer.

Construction is under way in a site in the north west Dublin suburb of Blanchardstown, on the grounds of Northwest Business Park. The site provides potential for 27,000 square feet of data hall space, has access to 7MW of power and 60 network carriers in the region. 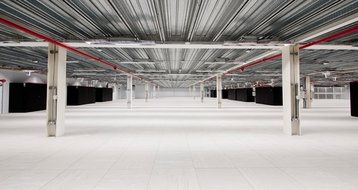 One of Telecity’s existing data centers in Dublin – Telecity Group

The new site is walking distance from an existing site in Blanchardstown and in close proximity to Telecity’s two other facilities in the south west suburbs of Dublin, at Kilcarbery Park and City West Business Campus. The new data center will create 10 engineering jobs within the company.

TelecityGroup recently announced a merger with Interxion to create a $2.2 billion corporation that is set to become Europe’s largest data center provider.

MD of TelecityGroup Maurice Mortell said Dublin is increasingly attracting US companies looking to expand into Europe. “It was this high demand for TelecityGroup data centers in Ireland that drove our major expansion in Ireland in 2011,” said Mortell. “Since this expansion just over three years ago, our business in Ireland has grown considerably.”

Both Microscoft and Google invested in large facilities in Dublin in 2014. However, issues over data sovereignty emerged last year, when Microsoft was held in contempt of US courts for refusing to let the US government access customer emails stored in its Dublin facility.